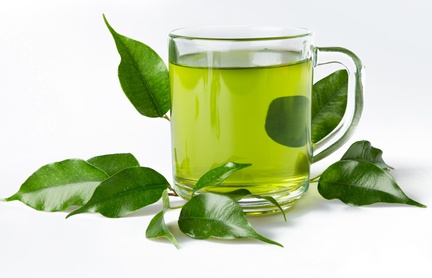 Citations can be found at the bottom of this post.

According to an article published in the British Journal of Pharmacology in 2013, mast cell stabilising compounds inhibit the release of allergic mediators (like histamine) from mast cells (a part of the white blood cell system).

These can be pharmaceutical or natural – I use the latter.

They’re used to prevent allergic reactions, but they are also prescribed to folks like me, who have mast cell activation. Mast cell activation syndrome or disorder (MCAS/D) is a fancy way of saying that the immune system is freaking out and dumping inflammation into the body, sometimes chronically. The research of Dr. Theoharides tells us that up to 1 in 200 in the US suffer from mast cell activation, while Dr. Afrin thinks it could be 1 in 6. It might be fair to say that rather than it being rare, it is simply rarely diagnosed because few doctors are aware of symptoms.

These symptoms may be diagnosed as Histamine Intolerance (HIT) instead, which is bigger in Europe than the states. Most doctors will laugh you out of their office for suggesting you may be intolerant to a compound produced by your own body, but as Dr. Castells’ research has shown us, we can be allergic or reactive to our own hormones, so why not histamine?

It’s thought HIT is caused by a lack of the histamine degrading enzyme diamine oxidase (DAO). I was initially diagnosed with this by a nutritionist/researcher but then with MCAS by a real doctor due to severity of symptoms, and my inability to compute that seizures could be caused by an intolerance (though I no longer rule it out). Histamine is one of the inflammatory players released by mast cells, which is perhaps why I was initially diagnosed with histamine intolerance.

Thankfully, in addition to pharmaceutical medications like the commonly prescribed sodium cromolyn,  there are a number of natural compounds with mast cell stabilising properties which may be useful in preventing allergic reactions, and histamine release from mast cells.

MY ENTIRE DIET IS MADE UP OF THEM, CLICK HERE TO LEARN HOW TO CREATE YOUR OWN CUSTOMISED VERSION OF MY APPROACH.

I do not however recommend trying anything without the consent of a doctor – supplements and natural foods can have significant life-threatening side effects.

As histamine release from mast cells would no doubt aggravate a body already struggling to degrade dietary histamine, those with histamine intolerance may wish to ask their doctors if mast cell stabilisers may also be of use to them.

Please note, most of the studies on these natural compounds/foods was conducted on animals or in test tubes, so may not translate to humans. Additionally, just because a food has a certain property on paper, doesn’t mean it won’t cause a bad reaction. I’ve covered some of these before and many are already in my cookbooks, but if you see something you know, just go ahead and skip to the next because there’s quite a lot here.

Khellin is a plant-derived mast cell stabiliser from the Egyptian Amni visnaga (Khella) plant, research on which “inspired” the creation of sodium cromolyn, the aforementioned mast cell stabiliser. I have found Khella in liquid form – the wonderful Herb Pharm grows their own Khella and produces a tincture from it, but have yet to try it. I have however tried many of their other products, including the holy basil.

Quercetin is a bioflavonoid found in many brightly fruits and vegetables and is more effective that sodium cromolyn in blocking mast cell cytokine release (histamine is a cytokine). Quercetin also works prophylactically, so unlike cromolyn, it doesn’t need to be taken before meals. Also in the bioflavonoid family are luteolin and apigenin, the latter of which can be found in parsley, celery, rosemary, oregano, thyme, basil, coriander and artichokes. These foods and those high in quercetin and luteolin have formed the basis of my diet for many years now and I partially credit them with my recovery. Dr Theoharides at Tufts has led most of the bioflavonoid for mast cells research and ended up creating a supplement specifically for this. This supplement, Neuroprotek is what I take now.

Foods and natural supplements containing mast cell stabilising, antihistamine and anti-inflammatory compounds form the basis of all the recipes in my cookbooks: the all liquid Anti-Detox, the Anti-Cookbook (regular and paleo) and my current favourite Man Food. More than that, these books feature a nutritional breakdown of the top vitamins and minerals in each recipe, as well as helping kitchen newbies figure out how to integrate these lovely ingredients into day to day cooking. What these books are not is any kind of medical treatment, they are simply healthy recipe suggestions.

Epigallocatechin gallate: certain studies find that this green tea compound can inhibit the release of histamine from mast cells. I was told not to drink green tea initially, but eventually found that white tea, which is the same leaf but less fermented, went down really well and definitely did something good for my body. I’m not a caffeine person anymore, the days of waking up and knocking back two cans of Pepsi Zero to get by on a few hours sleep while in the field as a journalist are far behind me now, so I tend not to ingest caffeine often. I have considered decaffeinated, but studies suggest that it may have lost 15-25% of polyphenols.

Silibinin from milk thistle prevents histamine release as well as other inflammatory cytokines from mast cells.

Ellagic acid in pomegranate and mango kernel (among others not considered low histamine foods) stops histamine and other pro-inflammatory agent release from mast cells.

Garcinia mangostana (mangosteen) is something I’ve taken as a supplement for years. I’m always more in favour of eating the whole food – but in this case the good stuff is found in the skin. It inhibits histamine release and also prostaglandin D2 sythesis which has been linked to hair loss.

Theanine is another win for green tea. This amino acid can prevent histamine release from cells at a “low concentration”.