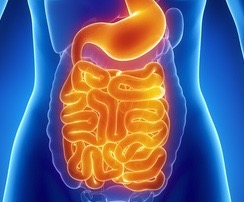 The traditional histamine intolerance or low histamine diet saved my life initially. Whether my anti-diet, one that’s high in the mast cell stabilising and antihistamine bioflavonoids quercetin, luteolin and rutin, would have done the same had I done my research earlier on in the game, remains to be seen. All I can do is speak of my experience. Eliminating one food after another in an effort to heal my symptoms, ended up starving me of nutrients (as well as nearly physically starving me) and creating severe psychological damage that’s taken years to unwind.

Through it all I’ve been working on observation, medical research that helped me create my particular nutritional approach – which incorporates the findings of a number of MDs specialising in diet; I didn’t re-invent the wheel here, and self-guinea pig-ism. In my case in particular (this will not be the case for others), I initially experienced relief from cutting foods before falling down the rabbit hole of ever increasing symptoms despite continued food cutting. It was all so confusing: I’d identify a problem food, eliminate it and experience near immediate relief for a few days or weeks, before the symptoms intensified. I ended up feeling that the more I removed from my diet, the more sensitive I became to smaller amounts of the foods I suspected of hurting me.

This is the norm. I was certainly not the exception.

So what gives? Why does a traditional low histamine diet create so many eating disorders, chronically starved, fatigued people, who suffer increasing symptoms to smaller amounts of foods?

My responses till now have primarily centred on:

But now we have another nugget of information on why long-term removal of problem foods may result in increasing or never ending reactions. According to a 1996 study published in the Journal of Gastroenterology, long-term exposure to antigens led to “diminished mucosal mast cell degranulation” in rats [2]. (Thanks KV for sending this my way!). The study authors explain that while short-term exposure led to increased mast cell degranulation, long-term exposure had an opposing effect. In short, the system adapts. While this study is animal based, I have have certainly experienced this myself. I don’t know that this would have worked for me early on, but I do think that once I was out of the anaphylaxis zone, had I attempted adding foods in very low doses, it would have made a big difference long term.

I do not believe this should be tried at home. An immunologist or allergist with a knowledge of mast cells (preferably) is the person to help you with this. Because I had no one to help me I had to muddle through this all alone and I really absolutely do not recommend it.

This isn’t a new concept. Doctors have been using immunotherapy for allergies for quite some time now. Even in those with mast cell activation disorder who present with allergies as a mast cell/histamine trigger resulting in anaphylaxis, immunotherapy may be considered “with recognition of possible risks” [3].

In my case, I approached food in a similar spirit. Foods that bothered me were dipped quickly in boiled water for a second and then discarded. I’d then use that water to cook with. Drinking it on its own had triggered an immune response.

I cover all this in my online workshop here.

Check out my post Fearful of food? The brain is to blame but is also the cure, for an explanation of the role of the amygdala in food intolerance.

For more on this please check out my post 10 reasons why I still include high histamine foods in my diet and also the inflammation bucket: or why I can now eat shrimp.