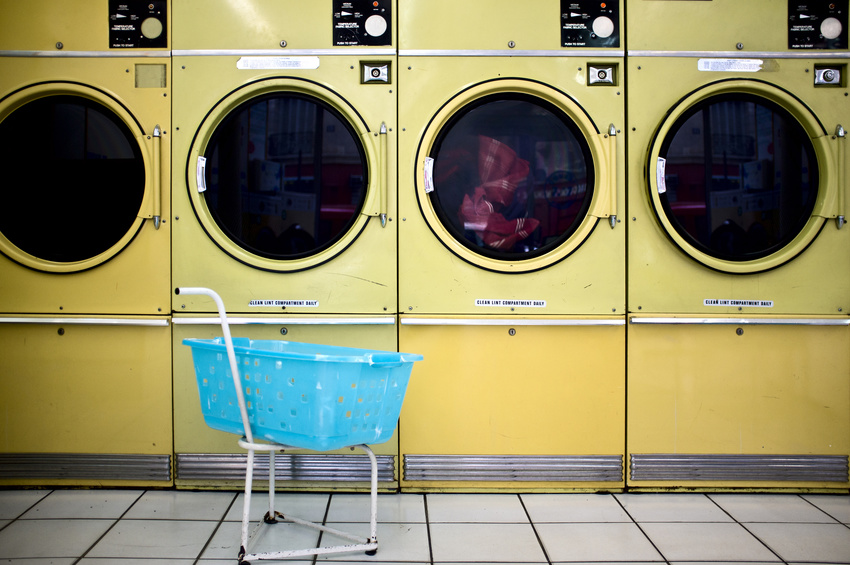 A small study has just revealed that scented laundry washes contain carcinogens that may raise cancer risk if inhaled. This is unlikely to be a problem for people with histamine and mast cell disorders given that our heightened sense of smell and reactions to scents, prevent most of us from using them. The question is why do they bother us so? The study, published this August in Air Quality, Atmosphere and Health, found 25 “volatile” air pollutants released during the average washing cycle. Known carcinogens included acetaldehyde and benzene. The former causes nasal and throat cancer and the latter is linked to nasal and throat cancers, all of them in animal studies. I personally only recently started using lightly scented laundry detergent in the last year or so (maybe a bit longer, I’m pretty crap at dates), but I’ve certainly been exposed to my fair share while staying with friends and in hotels. While in recent years I’ve no longer experienced the old histamine/mast cell reactions to these smells (fainting, extreme anxiety, coughing, runny nose and watering eyes), I do remember how awful they used to be. Click here to create your own histamine balanced diet and healing plan. Thing is, while I’m glad I’ve desensitised myself to a certain degree, enough to be able to live a normal life while traveling, I’ve long believed these products to be carcinogenic and generally toxic and have avoided their use. My recent use of scented products stems from someone I was living with. Compromise is often necessary for a peaceful co-existence, and is responsible for many changes I made in the last two years that I’m not crazy about (but take full responsibility for) like adding a lot more animal protein and a ton of sugar to my diet. I’m now back on the straight and narrow! So what gives? Why do mast cell people react so much to scents? Part of the explanation according to mast cell expert Dr. Lawrence Afrin, is that we simply have a heightened sense of smell when mast cell (and therefore histamine) attacks come on. I’ve definitely experienced the acute sense of smell. It’s always been part and parcel of the general adrenalin response to histamine attacks in my body. I’d never linked them, but the tunnel vision, hound dog nose, and spring in my step (as if I were ready to flee at the slightest provocation) were all definitely adrenalin based for me. This was revealed to me, by of all things, a TV show where a cop talks about what happens to them when close to a suspect. I immediately scanned my memory for my reactions while covering conflicts in Iraq and Lebanon, yup, that was it. They’re all bodily reactions that help us stay alive in times of stress. So why was my body freaking out to food, scents and other such nonsense when there was no risk to me at all? Well, based on some of my exposures to food, and projectile vomiting as a result, I’m pretty convinced my immune system came to associate (at first) some foods, then most foods, as my symptoms became more acute, with danger. Sometimes the smell of food was enough to trigger that response. There’s a fascinating book called “Cure” by Jo Marchant which covers why open placebos, where someone knows they’re not getting real medicine) work. Seems that the immune system can be trained to trigger the same response to meds, in the absence of them. I believe that the reverse is also true, that the immune system can be conditioned to respond negatively to foods and scents. Read my post on the fear link and how mast cell markers can be raised through Pavlovian conditioning. Proponents of this view are Annie Hopper, who healed herself of Multiple Chemical Sensitivity, and Dr. Gupta, of the Gupta Program. It’s finally here! Man Food – a high nutrient antihistamine and anti-inflammatory ingredient filled book geared towards guys, women who love to work out, yoga like they mean it, or just load up on healing nutrients. Features my personal shopping list of antihistamine and anti-inflammatory foods. The Anti-cookbook and all liquid Anti-Detox Book, don’t treat any conditions, but feature a plethora of the high nutrient antihistamine and anti-inflammatory ingredients that have been instrumental in helping me feed myself on a limited diet. The Anti-cookbook features a four page list of antihistamine and anti-inflammatory foods and comes in regular and Paleo. The Low Oxalate Cookbook features antihistamine and anti-inflammatory rich recipes. Don’t miss the Low Histamine Beauty Survival Guide for non-toxic beauty tips, the skinny on histamine releasing (mast cell degranulating) beauty ingredients, antihistamine and anti-inflammatory beauty alternatives and the top brands natural brands I’ve found. Take a peek at my other low histamine and antihistamine cookbooks for more high nutrient recipes —-REFERENCES—- Afrin, Lawrence B. Presentation, diagnosis and management of mast cell activation syndrome.  2013.  Mast cells. Jaslow, Ryan. “Scented laundry products release carcinogens, study finds.” CBS News. CBS Interactive, 26 Aug. 2011. Web. 24 Mar. 2017.
Share this on: