Histamine in fish safety margin not high enough says the WHO 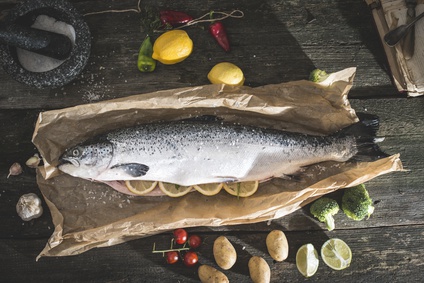 A joint report from the Food and Agriculture Organisation of the United Nations and the World Health Organisation Food Standards Programme Codex Committee on Fish and Fishery Products [1] really shocked me.

They’re the people responsible for making sure that fish histamine levels remain below a certain threshold, one that prevents a really nasty kind of food poisoning called scombroid. Their report uses some fairly technical science-speak but here’s a translation:

The current “no observed adverse effect level” (NOAEL), which is the acceptable histamine level at which fish consumers will suffer no ill effects, including scromboid, needs to have a higher “uncertainty factor” (UF) added on – meaning that there needs to be a wider safety margin between acceptable levels and poisoning/histamine reactions.

The current NOAEL in fish stands at about half the dose that would cause a reaction in “healthy” people. Two studies they conducted showed that histamine administered in beverages (like wine they say) caused adverse symptoms occurring at doses lower than the fish ones. This means that even for some healthy people, combing wine and fish may be a no-no.

They say in the report:

“It is important to bear in mind that, while the NOAEL is an appropriate hazard threshold value to use for exposures in healthy subjects, this may not be the case for those members of certain segments of the population who may have an increased sensitivity (e.g. metabolic differences, physiological conditions, drug therapies). In these instances a lower hazard level may need to be considered (e.g. the use of an uncertainty factor or other specific risk management options such as fish consumption advisories should be considered. [2]”

There’s a link to the report in the references section below.

So the good news is they’re finally aware that fish histamine levels may be too high for people with pre-existing health conditions, like histamine intolerance and mast cell activation I would think, and even for those who are “healthy”. The report goes on to advise ways in which histamine levels could be kept lower, mostly through changing storage temperatures rather than the addition of preservatives.

I only stopped eating fish for a few years because I decided to go vegan, not so much for health reasons but because I felt bad eating animals. Once my diet became severely restricted it seemed totally crazy to eliminate foods I rarely reacted to, including fish, which weirdly enough (with a couple of exceptions) had always been one of my safe foods.

That said, I rarely order fish when eating out, unless I personally know the owner. I’ve not batted an eyelid buying fish laying out on ice at Whole Foods, my local fishmonger, but have definitely interrogated bewildered employees at other supermarket chains. I don’t believe WH to really be any more honest or superior in terms of quality, it’s just a psychological thing I guess because I feel employees actually cared more about me as a human being when I would explain what was up.

This report however and a tragic news story of a mother and daughter’s deaths in Bali from scromboid poisoning have made me really stop to re-think my love of fish. Noelene Bischoff and her 14 year old daughter Yvana traveled to Bali for their “dream vacation” which turned into their family’s worst nightmare when they died after eating spoiled fish for dinner [3]. The story was widely reported in the UK media. Forensic pathologists in their home country Australia said that scombroid poisoning combined with their pre-existing asthma caused the deaths. One of the photos released in the case showed a copious amount of antihistamines, anti-asthma meds and also migraine medication the mother and daughter had in their hotel room. You’ll find the full news story below.

Now I have definitely felt strange when eating fish in restaurants. Even in Thailand, where I literally watched them scoop the fish out of a tank for me, just before I left the restaurant and saw them dumping detergent into the tanks to clean the glass. Those poor, poor soapy fish, and my poor, poor internally soap filled body after ingesting that toxic mess.

Unlike my “Bed Bound and Down” years, in the last phase of what I’ve dubbed “The Reaction Years” the fish fun varied from instant dizziness to loss of blood pressure, near fainting and wildly racing heart rate. In each case I had managed to employ my meditation and visualisation training to counter the adrenal response – perhaps the result of fear, or the body’s response to excessive histamine release.

Please understand – I am not suggesting you try this, just relating my own experiences. All food reactions have the possibility of turning deadly and meditation is not an appropriate treatment. Seek medical treatment immediately if you suspect you have eaten spoiled food or suffer any of the aforementioned symptoms.

Never heard of the adrenaline connection? One of my craziest symptoms was very heightened awareness, not so much anxiety but rather enhanced smell perception, increased “volume”, crystal clear tunnel vision and a weird feeling that time was slowing down. I had no clue what was up till I watched a program where a cop explains how her body responds when she’s facing a criminal – she explained exactly my symptoms, which she attributed to the surge of adrenaline.

And I realised, Eureka! That’s what it is…a massive dose of adrenaline being released to lower histamine levels [4]. There’s tons of research on this out there but a great one from the 70s explains it succinctly and plainly: adrenaline is the body’s antihistamine, deployed to prevent histamine’s activity on the heart.

Fun fact: did you know the heart has H1 and H2 receptors [5]? I’m working on a post about histamine’s effect on the heart. I was pretty shocked by what I learned.

While I personally feel theat fear and stress played a huge role in my reactions, and I walked away with no lasting adverse reactions from those fish meals, I’m now going to have a long hard think about whether it’s worth rolling the dice knowing that the histamine-safety margin is so narrow.

When I was initially diagnosed with histamine intolerance, before my eventual mast cell activation diagnosis, I was asked if I had ever suffered food poisoning. I have had innumerable instances throughout my life where it seemed I had experienced it, but given that it’s also often caused by elevated histamine levels in foods, the symptoms would be identical to my “regular” histamine symptoms of nausea, projectile vomiting, diarrhea and migraine.

The person who made the diagnosis, now sadly deceased, believed a case of scromboid or lesser food poisoning could set a histamine intolerance into motion.

My last major histamine event, caused in my opinion by a terrifying plane incident that looked like a hostage situation was unfolding on my way to New York, left me with a terrible migraine, fever and projectile vomiting for 24 hours upon arriving at my aunt’s place (so sorry Hala!). You can read all about it here and why I know that my brain rather than food, caused that reaction.

My take away from this report, published in 2014, so maybe something has already changed for the better, is:

I will take care to balance future fish consumption in the same way I do the rest of my diet – by including lots of antihistamine and anti-inflammatory foods on days when I have high histamine meals and also just generally.

Continued vigilance – I will definitely only be eating at restaurants where I am sure of their fish handling practices.

My feeling of safety when eating fish by the sea, as I experienced while in Bali myself, is misplaced, and if anything, one should question the local understanding of proper fish handling, storage and possible electricity outages.

For now, as I continue to whittle away at the animal protein in my diet, I am not giving up on fish, but I’m certainly no longer fooling myself that it’s safe for me given that I no longer suffer as I used to. 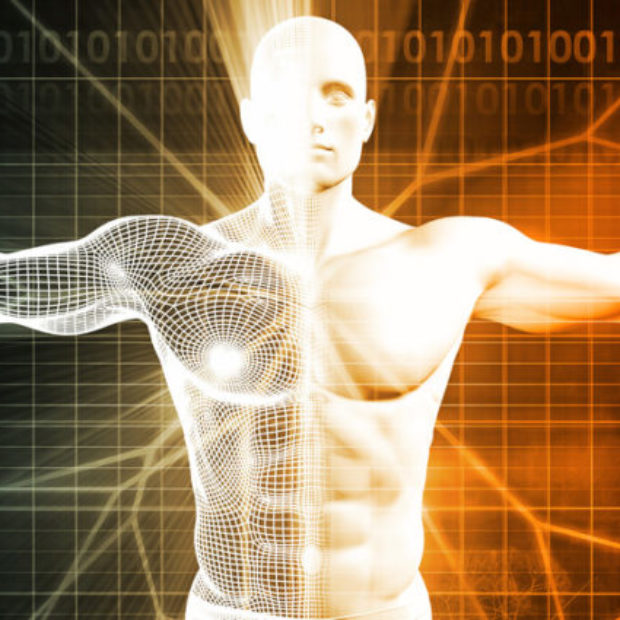 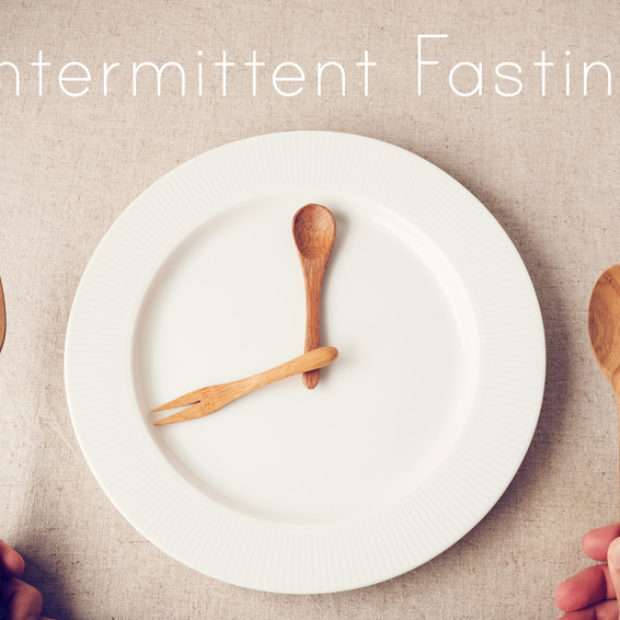 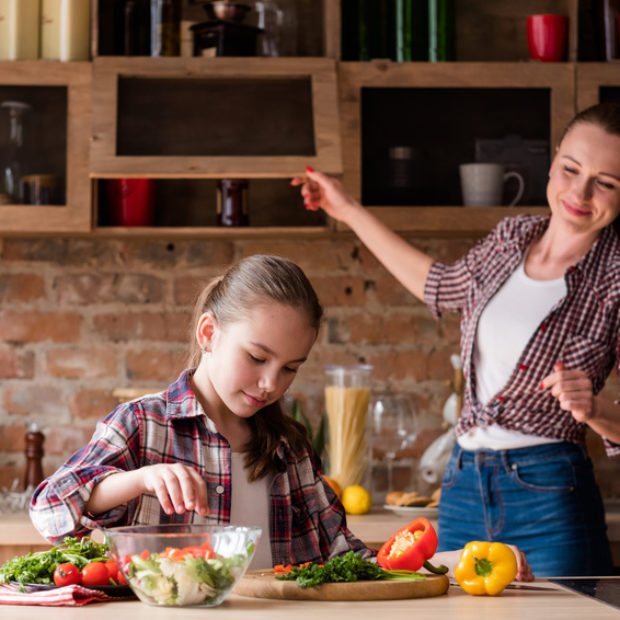