Research & News It’s not in your head: gluten hurts non-celiacs too 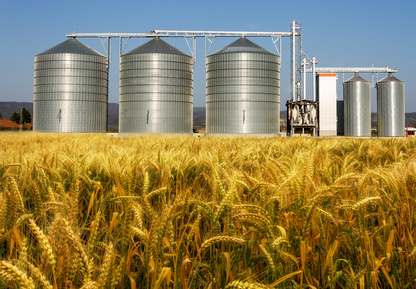 The next time that annoying friend (or family member) snarkily comments on how your “gluten intolerance” isn’t a thing, go ahead and point them to a new study released by the Colombia University Medical Centre. Researchers there discovered that people with non-celiac wheat sensitivity have a weak intestinal barrier (I know, d’oh) and that eating gluten containing wheats and related cereals triggers a “body-wide inflammatory response”.   The Science Daily website quotes study authors Peter H. Green, MD, the Phyllis and Ivan Seidenberg as saying: “Our study shows that the symptoms reported by individuals with this condition are not imagined, as some people have suggested. It demonstrates that there is a biological basis for these symptoms in a significant number of these patients.” Right now there’s no blood test protocol to diagnose this, so it’s hard to estimate how many suffer from non-celiac gluten or wheat sensitivity (NCWS), but it’s believed to affect about one percent of the population. Those suffering from NCWS have celiac-like gastrointestinal symptoms and also fatigue, cognitive issues like brain fog or memory loss, and mood disturbances.

I say this: not too long ago doctors believed mast cell activation (whereby too much inflammatory histamine is released by white blood cells) was very rare. Now specialists like Dr. Afrin tell us it’s closer to one in six Americans. Authors of the aforementioned study found elevated markers of acute systemic immune activation, which they believe is caused by microbes and food components leaked from the gut into general circulation in the body. The researchers found that NCWS patients on a wheat and gluten cereals free diet for six months “were able to normalise their levels of immune activation and intestinal cell damage markers.” This all goes a long way to explaining why simply eliminating gluten containing grains made such a big difference to my recovery. I really only fully embraced the gluten free thing a couple of years ago. Interestingly I was really confused initially because I continued to have grain reactions. Rather than eliminating all grains at the time, I did some more digging and found all about oxalic acid. If grains are bothering you, please check out my posts on oxalic acid in foods. But I’m not an extremist anymore. While I do believe that modern baked products contain far too much gluten for some of us, and that grains are inflammatory, I will eat a few pieces of beautifully crusty bread while in France. I try to live by the 10% rule. That as long as 90% of my diet is amazingly nutrient dense and full of healing antihistamine and anti-inflammatory foods like those my cookbooks are made up of, then I can go nuts with the rest. Sometimes that means a creamy raw chocolate avocado cake, or a plate of wild mushrooms with garlic and herbed olive oil mopped up with a chunk of perfectly baked baguette. It’s more often a few avocados, tomatoes, spoons of mustard or cacao a week. But it’s most definitely never, ever, a KFC or Mc Donald’s.