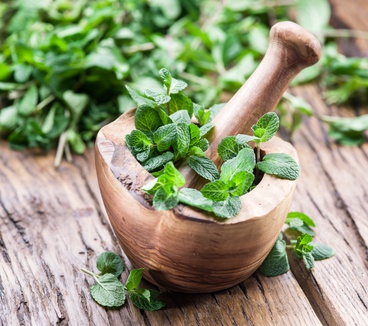 According to Dr. Theoharides at Tufts University School of Medicine, brain fog is defined as a “constellation of symptoms” encompassing the loss of mental acuity, the ability to concentrate and multitask, and the loss of short and long term memory. It’s frequently experienced by patients with chronic fatigue syndrome, fibromyalgia, mastocytosis and mast cell activation (in my experience histamine intolerance also), and is an “early clinical presentation of Alzheimer’s disease”. Dr. Theoharides and others believe brain fog may be caused by inflammatory cytokines released in the brain. A survey of mast cell patient symptoms revealed that over ninety percent of patients suffered from it. It seems like the research is also pointing to neuro-inflammation as the driving force of Alzheimer’s. As mast cell degranulation occurs in the brain, this whole issue has been on my mind for some time and I’m grateful to have found my answer.

My grandmother was fine until a hip operation in the south of Spain (in the 80s – dear lord, why didn’t she travel to London or New York?). Just a day later she was complaining of severe memory loss, culminating in a swift decline into what doctors hesitated to actually call Alzheimer’s, but which certainly looked like it. I’ll never be able to erase the day the woman who raised me forgot how to chew.

Fast forward a generation and we’re starting to see similar issues emerge, at a far later age. Jump another generation and at 20 years old I was forgetting where I parked my car, couldn’t add double digits in my head (I tested in the top 5% of the US in Math and English at eight years old), would forget the name of the street I’m en route to, having to look it up every twenty seconds or so. Stress exacerbated the situation – despite all the gains made in the last five years, the day of my driving test I couldn’t lead the examiner to where I had parked the car just ten minutes earlier. Yes, that was pretty much an immediate fail.

While there’s much at play in brain fog, SOD genes for example, mitochondrial dysfunction etc, sometimes resolving a seemingly small piece of the puzzle can yield exciting results.

I recently explained to folks attending my 90 minute online workshop: beyond the low histamine diet, that a symptoms sheet is essential. It helped me figure out that sugar, be it from fruit or sweets, was my number one brain fog trigger. It wasn’t just brain fog, histamine foods with lots of sugar induced nystagmus (involuntary eye movements), an immediate narcoleptic-like episode with an inability to move my body, extreme eye floaters, unquenchable thirst and serious fatigue.

Once out of the diet, and replaced by a ton of nutrient dense healing antihistamine and anti-inflammatory property rich foods (like those in the Anti-Cookbook and Man Food), most of the symptoms lifted, but for the brain fog. I tried everything, including a number of powdered quercetin supplements.

Meditation helped immensely, as did the yoga – I cover everything I’ve learned in retraining my brain over the years in my two hour workshop: Using the Brain to Heal the Body. You can purchase it here.

But still I couldn’t quite shift what felt like a wet blanket wrapped around my brain. Knowing my memories were just beyond my grasp was maddening beyond belief.

I could now throw out a ton of really intense medical terms like microglial, cytokine release, auto-immune T cell activation, but suffice to say, luteolin has been found, more so than other studied bioflavonoids, to be useful in dampening brain inflammation linked to brain fog and other memory issues. I came to understand however that nearly all of the 3000 flavonoids are hard to absorb in powder form, and that less than ten percent of orally ingested flavonoids are absorbed at all.

Which is why I turned to Dr. Theoharides’ Neuroprotek supplement. This luteolin, quercetin and rutin supplement combines the flavonoids with oil, thereby apparently increasing absorption. It changed my life in so many ways but the most meaningful has been throwing off the shackles of my repressed brain function.

For an extensive list of luteolin (and other flavonoid) rich foods, check out this USDA report I found a few years back. I used it to come up with a list of foods to include in my diet.

A few of the luteolin and quercetin rich food highlights (all found in my books of course!):

While stress continues to affect my memory, the meditation techniques I apply to my life continue to help me access memories and emotions once locked tight in a drawer I no longer had a key to. I encourage anyone suffering this life altering symptom to research your genes for contributing factors like SOD, to explore flavonoid supplementation with your doctor, and to take steps to control your reaction to stress, but most of all to invest just thirty minutes a day into a consistent meditation practice, which is now proven to lower brain inflammation levels.