Ginseng, as effective as Benadryl for histamine itching? 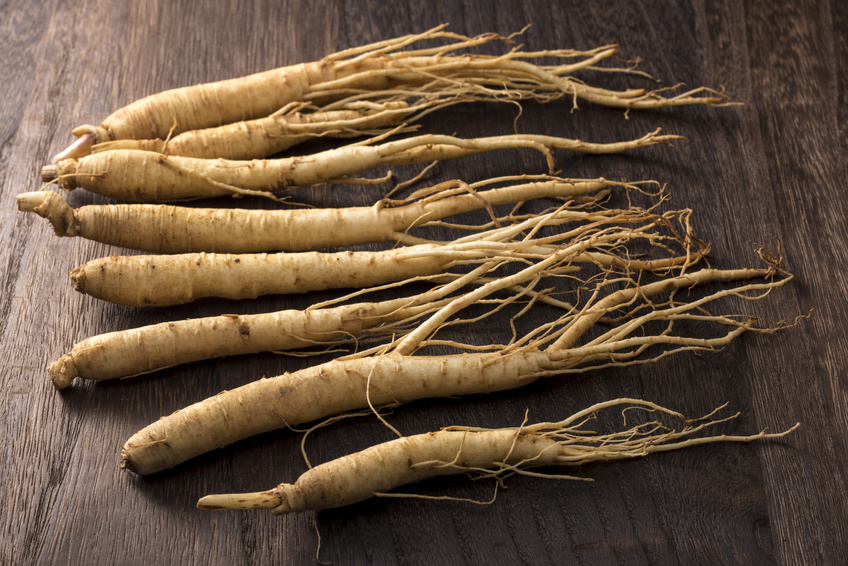 Researchers find that several varieties of ginseng can lower histamine levels and stabilise mast cells (a key component of the immune system), preventing them from releasing  histamine and other inflammation into the blood stream. In certain animal studies it has been shown to be as effective at relieving histamine itching as Bendryl. Please remember, what works in animal studies or in test tubes (and for me) might not for you, and anything; any food, supplement, whether it has antihistamine properties or not, can still hurt us. So please make sure to check with a doctor and researching all contraindications before trying anything new. There are three main types of ginseng: American ginseng (Panax quinquefolius) and Asian ginseng (Panax ginseng), which according to the University of Maryland Medical Center Complementary and Alternative Medicine Guide, are pretty much made up of the same active constituents, and Siberian ginseng (Eleutherococcus senticosus), which is not actually a ginseng but it has similar active constituents. American and Asian (or Korean red) ginseng  Red ginseng has been shown to block histamine-dependent itching at the peripheral sensory neuronal level. Meaning that it prevents us from feeling the itch, but might not be treating it. Ginseng extract has also been shown to prevent human mast cells from releasing inflammatory agents into the blood stream. In another animal study it was shown to be as effective as Benadryl at alleviating itching. It also performed well at resolving atopic dermatitis. A third study tells that red ginseng is able to relieve histamine itching by inhibiting interleukin and TNF expression. Animal test subjects in another study suffered memory impairment when stressed (who can blame them, and I certainly do). Ginsenoside derived from ginseng was able to reverse the memory impairment in the stressed animals. Yes, I could probably use this. I’m still dealing with residual stress from what was possibly the most difficult year of my life and it has definitely affected my memory. I’m going to stop there, but there were a lot more studies, leading me to seriously question why I had never researched this commonly found compound before. Siberian ginseng This traditional eastern extract has been validated by modern research which reveals that in animal studies it’s able to inhibit the development of systematic and skin allergy. It does this by preventing mast cells from releasing histamine and other inflammatory mediators into the blood stream. I was initially surprised to see that ginseng was contraindicated for breast cancer according to the University of Maryland website, especially given that the Mayo Clinic recommends Asian ginseng for breast cancer. It may be that the alcohol found in the preparations was the issue (the Herb Pharm liquid is alcohol-free) or because it is a phytoestrogen. Recent research revealed that though it does weakly bind to the estrogen receptor, it doesn’t do so strongly, but you must research this for yourself if you have any concerns. The other caveat is that it may not be suitable for people with autoimmune conditions. Please remember, what works for me might not for you, and anything, any food, supplement, whether it has antihistamine properties or not, can still hurt us. So please make sure to check with a doctor before trying anything new. I’ve been taking a very tiny dose for a few weeks but I’m not quite sure that’s a big enough dose to make a difference. Time will tell! “The Many Health Benefits of Ginseng.” Mercola.com. N.p., n.d. Web. 09 Feb. 2017. “Siberian Ginseng.” University of Maryland Medical Center. N.p., n.d. Web. 09 Feb. 2017. Park, Eun-Kyung, Min-Kyung Choo, Myung Joo Han, and Dong-Hyun Kim. “Ginsenoside Rh1 Possesses Antiallergic and Anti-Inflammatory Activities.” International Archives of Allergy and Immunology 133.2 (2004): 113-20. Web. Trinh, Hien-Trung, Yong-Wook Shin, Sang-Jun Han, Myung Han, and Dong-Hyun Kim. “Evaluation of Antipruritic Effects of Red Ginseng and Its Ingredients in Mice.” Planta Medica 74.3 (2008): 210-14. Web. Samukawa, Keiichi, Yasukatsu Izumi, Masayuki Shiota, Takafumi Nakao, Mayuko Osada-Oka, Katsuyuki Miura, and Hiroshi Iwao. “Red Ginseng Inhibits Scratching Behavior Associated With Atopic Dermatitis in Experimental Animal Models.” Journal of Pharmacological Sciences 118.3 (2012): 391-400. Web. Bae, Hye-Min, Ok-Sun Cho, Shin-Jung Kim, Byung-Ok Im, Soon-Hyun Cho, Se-Na Lee, Myung-Gyou Kim, Kyung-Tack Kim, Kang-Hyun Leem, and Sung-Kwon Ko. “Inhibitory Effects of Ginsenoside Re Isolated from Ginseng Berry on Histamine and Cytokine Release in Human Mast Cells and Human Alveolar Epithelial Cells.” Journal of Ginseng Research 36.4 (2012): 369-74. Web. Jang, Yongwoo, Wook-Joo Lee, Gyu-Sang Hong, and Won-Sik Shim. “Red Ginseng Extract Blocks Histamine-dependent Itch by Inhibition of H1R/TRPV1 Pathway in Sensory Neurons.” Journal of Ginseng Research 39.3 (2015): 257-64. Web Kezhu, Wang, Xu Pan, Lu Cong, Dong Liming, Zhang Beiyue, Lu Jingwei, Yang Yanyan, and Liu Xinmin. “Effects of Ginsenoside Rg1 on Learning and Memory in a Reward-directed Instrumental Conditioning Task in Chronic Restraint Stressed Rats.” Phytotherapy Research 31.1 (2016): 81-89. Web. Jeong, H. J., H. N. Koo, N. I. Myung, M. K. Shin, J. W. Kim, D. K. Kim, K. S. Kim, H. M. Kim, and Y. M. Lee. “Inhibitory Effects Of Mast Cell-Mediated Allergic Reactions By Cell Cultured Siberian Ginseng.” Immunopharmacology and Immunotoxicology 23.1 (2001): 107-17. Web. Kuk Shim, Myeong , and Young Joo Lee*. “Estrogen Receptor Is Activated by Korean Red Ginseng In Vitro but Not In Vivo.” Journal of ginseng research (2012 ): n. pag. Web.
Share this on: