Fearful of food? The brain is to blame (but is also the cure) 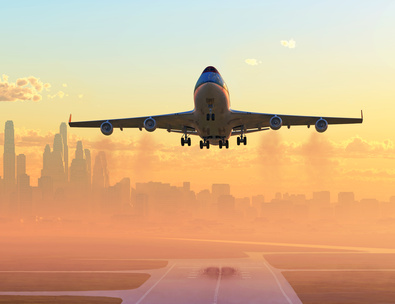 I’m a logical person. I’ve seen and experienced things in life that colour my perception of the world around me for sure, but not to the extent of what happened to me on the Heathrow – JFK leg of my US trip.

You know how there are some French cheeses so stanky that they make your eyes water? Multiply the worst cheese smell you’ve ever experienced, multiply it by the product of Newton’s third law by way of the trajectory of a Higgs Boson through a wormhole in the fifth dimension (yeah I’m not a science person), and you’re approaching how intense that same smell is to me.

Not only am I a hyper smeller, I am a hater of putrid foods that no sane person would touch in the wild. Cheese is just one of those things that you know our ancestors would have approached with the same gusto as rotting human flesh.

I was almost asleep on my eight hour trans Atlantic Delta flight when suddenly a smell so very unimaginably vile assaulted my senses, that I could only assume someone had stapled the anus of a lactose intolerant Shitsu, fed nothing but hostess twinkies for as long as it takes an infinite number of monkeys to bash out a draft of Hamlet, to my nose. But no, lo, the couple sitting next to me on the flight, with total disregard for the years of evolutionary sanity in not eating anything that tastes like the seventh stomach of a holy cow, unleashed a bag o’ nasty, no doubt blue worm infested, crumbly and gooey treats from their recent jaunt to France. I spent the next three hours almost passing out from a smell so horrific that I spent most of that time agonising over whether to abandon the extra legroom, extra cost, exit seat, I had paid through the nose for, in the hope of avoiding emptying the contents of my stomach onto their vile plane snack.

The infinite monkey theorem states that a monkey hitting keys at random on a typewriter keyboard for an infinite amount of time will almost surely type a given text, such as the complete works of William Shakespeare. – Wikipedia

As I pondered my next move, having failed to persuade the couple to dispose of their ass bag contents, I spied out of the corner of my eye, a most unusual sight. The kind you live in fear of really: a burly flight attendant of about 300lbs shuffling down the aisle, with a military garbed man clutching a military backpack, leaning into him, with another man dressed in a tactical special forces top leaning into that guy. All moving together, very slowly, chain gang-like. Agonisingly slow. Military guy number 1 was wearing a handkerchief over his face. I, naturally, being the ex-journalist type, called out to burly flight attendant, asking if everything was ok. As he slowly turned to look at me, I noticed the beads of sweat trickling down from his temples, and his immovable, impossibly dead expression as he turned his face away from me, question unanswered.

It was then that my blood ran cold and every possible permutation of the scenario played out: hijacking, bomb, bio terrorism. I picked up my phone, fought the urge to call my beloved, assessed where the other attendants were, tried to think what could be used as weapons, whether it would be best to attempt to co-operate, who around me might be up for a fight should it come to that, all in just a few moments. And then I decided to end the madness.

Jumping out of my seat, I made my way hurriedly towards the front of the plane, thinking that the hijackers would be there if anywhere. I made it almost to the cockpit without running into any flight attendants (very unusual), before finally jumping on the lovely lady I found there, who explained to me hurriedly that a soldier with PTSD on his way back from Afghanistan had freaked out on the plane and had to be subdued. I almost vomited in relief. He was being frogmarched, handcuffed, to the back of the plane. Burly attendant was sweaty from tackling the poor guy.

Well that made two of us with PTSD, I joked to the very apologetic lady.

Having fled the olfactory nightmare in my row, I began to ponder what had triggered me to the point of having an adrenalin rush the equivalent of seeing the street I was on bombed during the Lebanese-Israeli War of 2006, and far more intense than the time I was almost shot down in an Apache.

As cartoon-like tendrils of stanky cheese tracked me down all the way to where I had recently decamped at the back of the plane, I realised it was the dammed smell wot done it. I went back to what I believed I knew to be the origin of my hatred of cheese: my parents discussing divorce in the south of France, a trolley of the nastiest cheeses brought out, ending in my vomiting everywhere. Since that event, I have been unable to even tolerate the smell of plastic cheese (what I call the toasted cheese sandwich slices). I have been challenged on many occasions, most notably when my big brother tried to cure me of my fear of it, by stuffing camembert in my mouth and holding my jaw shut. He soon opened up when I began spewing! That was the last experiment. Bless him for trying, I understand where he was coming from – I was a very odd child with even weirder eating habits.

So, in addition to cheese, I generally have hyper smell issues. I smell pretty much all food before eating and incense used to make me barf, big time.

Those of you who know a bit about multiple chemical sensitivity may be familiar with recent research showing that they’re now thinking MCS is basically the amygdala in the brain responding to smells, mainly because MCS people they’ve tested have a very strong sense of smell. In this case, amygdala retraining has proved successful in helping a number of people:

“Amygdala retraining serves to restore a more normal state of homeostasis through deconditioning the amygdala-mediated fear response to distressing internal sensations and thoughts. This is accomplished through several mind–body techniques that promote relaxation and attempt to reorient attention away from the distressing symptoms of the viscera or catastrophizing thoughts.” [1]

Interestingly, I also found a number of studies showing that a pavlovian response can be responsible for tryptase increase in humans. Ie people were led to believe they were being exposed to an allergen and so their tryptase level (an indicator of mast cell conditions) went up, thereby causing a reaction [2].

In these studies, people were made to associate a certain taste (a drink) with exposure to an allergen. Interestingly, the amygdala is responsible, through processing taste, for “learning taste aversion”

“A crucial role in food selection processes is the ability to learn taste aversions. This is particularly relevant for omnivorous species. The discrimination process between edible and harmful, or even potentially deadly, substances starts from the gustatory sensory information. This information stimulates a biological mechanism of precaution against new flavours, which facilitates the evaluation of the consequences of the ingestion of novel substances and subsequently promotes the acquisition of conditioned taste aversions or preferences. The initial response of caution is accompanied by a lower consumption of the novel substances. This phenomenon is called neophobia. If the sensory characteristics of the novel substance are associated with negative visceral consequences (such as poisoning), the animal will then acquire an aversion to that particular taste. If the intake is associated with a positive visceral consequence (as in the case of an energetic food), or non-aversive, the new flavour will be recognized as being safe.”  [4]

So, let’s have a hypothetical: you eat something, anything, or many things, one day when you’re not feeling too well. You’re already feeling sick, and so adding food to the equation really just totally turns your stomach. Your amygdala now deems this/these food/s to be dangerous. Put your hands up if you feel this may have happened to you.

My body, once so sick, has healed. It took my brain some time to catch up. At times, when I am exposed to smells that remind me of bad experiences, my stress level goes through the roof. Conversely, being exposed to stress then makes me have a bad food experience.

Both these explain why I freaked out on the plane, and why I spent the next 24 hours since deplaning puking my guts out on arrival in New York.

TMI I know. But it’s important we discuss this.

So let’s say we now accept that previous bad experiences with our health, irrespective of what we eat, can make us sick (meaning our brain can decide that a harmless food makes us ill), or assume that at some point our body may heal faster than our brain, and that stress can make eating difficult, can we then rule whether it’s more important to fret what condition we may have, or focus on trying to fix our heads?

I can’t. But having tried both, I highly recommend doing them both.

You could check out any number of neural retraining programs found online, though I found the one I tried to be convoluted, impractical, long-winded and not very useful beyond confirming the conclusions I had come to. But, we’re all different and it might work for you!

You’ll find a great interview with The Last Best Cure author Donna Jackson Nakazawa, an amazing lady who healed her body through her approach to illness, here.

My interview with bestselling author Dr David Hamilton shares how our mind can heal our body, with a little visualization I used to kill the histamine itch (back in the day when I had it regularly) here.

Work on your diet while you work on your brain. Lowering my overall inflammation and histamine gave my nervous system a break. Why? Because excess histamine can mimic symptoms of anxiety disorder [5].