In the past I have alluded to my anorexic-like phase, when I was only “able” to eat four or five foods. My weight plummeted to 52kg or so, on a 1.78m frame (114.5lbs, 5ft 10). Honestly, it wasn’t my first brush with the A word. When I was 14, a photo in our biology textbook made the rounds in class. No, not that kind of picture! It was of a group of students of all nationalities standing together. People were scribbling classmates names on top of the kids in the photo. Eventually when the book made it to my desk, I wanly smiled back at everyone when I noticed the stick figure someone had drawn between two people, naming it “Yasmina”. I can’t begin to tell you all the jokes, all the worried enquiries, all the anorexia pamphlets pressed into my hand, from about the age of 13. The truth was, I wasn’t hungry. And when I was eating, it just didn’t seem to stick to me, except in my basketball-like stomach. I looked like a UNICEF poster child for many years because of it. But honestly, at this point in life I had bigger fish to fry, like the hives all over my body, the dizziness, the intense trembling and anxiety (for no logical reason), the severe insomnia, migraines, nausea and vomiting (which didn’t help with the whole anorexia perception thing).

Now I know it was probably all the fried fish! Literally – given that I grew up by the beach in southern Spain. These were the days before I understood about allergies and therefore started taking antihistamines. If I had, I probably would have been able to tell the busy bodies that my histaminergic system was out of whack and I just needed to stabilise it. That’s the theory according to a number of studies I’ve been compiling over the last few years, one of the most interesting of which involves one of my favourite subjects: the amygdala. This study found that, in a relatively small sampling of men and women (21 in total), those with anorexia like behaviours were more likely to have higher histamine receptor 1 binding potential (meaning more histamine attaches to the receptor that generally accounts for respiratory symptoms). Meanwhile, in another published in the International Journal of Obesity, Danish researchers found that an increase in hypothalamic histamine lowered food intake and that this effect “can be translated into a decrease in body weight. [2]” A case presented by German researchers shared the story of a woman who suffered from weight loss, diarreah, abdominal pain, headache, flushing and bronchial asthma for several years. When placed on a “histamine-poor” diet, she experienced weight gain. The concluded that histamine intolerance should be excluded when diagnosing anorexia nervosa [3]. And then a great review (meaning it covers a bunch of studies) came across my desk. Its conclusions, based on the studies reviewed [4]: 1. An rats, low protein quantity and quality diets elevate both central histamine and histamine receptors (being the H1 in this case), while significantly decreasing food intake. When injected with antihistamines (H1 receptor antagonists), the rats fed low protein diets gained weight. 2. Central histaminergic activity regulates food intake, but food intake patterns can also modify it. All this talk raises the obvious question: why aren’t we all skinny? Those of us on antihistamines have the answer – by blocking the histamine receptors we may induce weight gain, but more importantly – chronic inflammation has been shown to cause weight gain. As with all of this, genetic differences between us, how high our histamine is (potentially also in relation to inflammation induced by other molecules like prostaglandins and interleukins), what kind of diet we had prior to this issue, stress levels, if we’re dealing with adrenal fatigue, thyroid issues etc. I’ve had a few comments in recent months asking what the point of some of my posts is. I post information to help others in their search for answers. Sometimes just printing off the studies to show to doctors is useful (without sharing the post text). Other times it’s because I find something so fascinating that I imagine others will also. And finally, because it’s therapeutic. Pulling together all the pieces, like why I was anorexic as a teenager, even though I didn’t fit the psychological profile, is very healing to me, so hopefully some of you out there reading this also get some healing from working out another little bit of it. xo 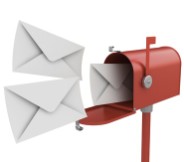 I have histamine intolerance, are my thyroid...