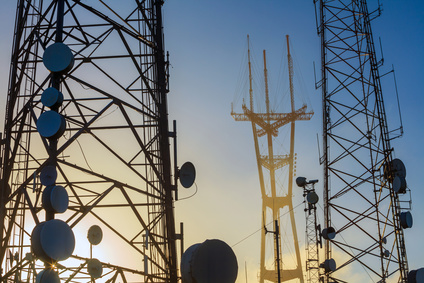 Researchers find that low levels of electromagnetic frequencies (EMF) from electronic devices affect human and mice hormonal (endocrine) and immune systems. Mast cells are believed to play a role and women may be more prone to their effects than men. Mast cells contain histamine and triggering their activation releases histamine into the blood stream.  I’m on a roll this month taking on topics I know I’ll take some heat for. Just recently it was cannabinoids found in marijuana as a possible treatment for mast cell activation and the prevention of histamine release, and this week it’s the woo woo subject of EMF. My mother instilled a fear of microwaves in me at an early age. Something re-inforced the day I innocently placed a foil wrapped tv dinner into one while away at college (the mini magnetic storm in the micro was quite something to behold), and blew the sucker up. I still think there’s something fundamentally bizarre about nuking food (and do not use a micro to this day), yet I’m a firm believer in technology, sending people to Mars (and beyond) and more importantly, should a Star Trek worthy teleport someday exist, you better believe I’ll be on the early wait list for that ride. CLICK HERE TO LEARN HOW TO CREATE YOUR OWN HISTAMINE BALANCED DIET AND HEALING PLAN.  Still, the trickle of scientific research regarding the effects of EMF on the immune system warrants looking in to, if only to potentially encourage serious tech junkies like myself to jack out once in a while. Or at least not fall asleep with the computer on, right by your head (as I have for much of my adult life), or actually with your laptop on your lap top. These studies are all quite small samples, so please do take everything with a pinch of salt. A study published in the journal of Environmental Research found that four hours daily of “very low” EMF on rats was long enough to negatively impact their immune system and thyroid glands. Another study published around the same time found similar results. Results of an investigation into the safety of using laptop computers actually perched on your lap published in the Archives of Environmental & Occupational Health turned up a number of potentially worrying hazards. Namely that magnetic currents from the laptop penetrated the body at a higher rate than recommended by certain government bodies. The authors conclude that in their view laptops should not be placed on the body. Researchers studying the effects of EMF on museum workers, the results of which were shared in the International Journal of Immunopathology and Pharmacology, found that night shift workers exposed to EMF for 20 hours a week had lowered immune system function. They also revealed that women were more prone to the immune system disturbance. Immune system function returned to normal after a change in work site. We have plenty of data nowadays showing that nightshift work is likely to trigger immune system dysfunction by messing with melatonin production and generally disrupting the circadian rhythm, so it’s not much of a surprise that adding EMF exposure to the mix isn’t great. Unfortunately I’d guess that most night owls (as I used to be) spend their time on computers and other EMF generating devices, so this is a potentially valid concern. If you’re going to stay up all hours I definitely recommend using an orange screen filter like Flux. The blue light is what really messes with melatonin. But this won’t affect EMF output. Another study in the the International Journal of Immunopathology and Pharmacology found a small sample of women living near tv/radio broadcasting stations had increased anxiety/stress levels and depressed immune system function. The authors hypothesise that the anxiety, potentially triggered by EMF (?), caused the immune system disruption. Those of us with mast cell activation may have already experienced how stress causes mast cells to freak out and dump histamine and other inflammation into the blood stream. CLICK HERE TO LEARN HOW TO MANAGE STRESS AND REWIRE THE BRAIN FOR HEALING. And finally, a study published in the journal Bioelectromagnetics investigated whether there was a biological component to claims made by a group of electro-hypersensitive (EHS) people. Those claiming to suffer EHS experience allergic-like responses including headache, pain, fatigue and more.  They found that a small proportion of the EFS patients had liver and thyroid dysfunction and exhibited chronic inflammatory changes in their blood work.Their recommendation is that those with EHS be tested for these conditions. What they don’t say in the study is whether they believe that these issues are in fact triggered by EMF exposure. So, am I read to toss my adorable 12 inch macbook in the trash? No way. Am I ready to commit to limiting my time on said devices? Yes, but not necessarily due to concerns over EMF. I’ve just found that the sooner I log off the net, the more ready I am to head off to sleepy town, and the better my sanity long term. Dealing with my life long stress habit is a continual struggle, one that I must beat. Anything I can do to lighten the load is a winning strategy and spending less late night time on the net is a great place to start. Have you noticed that EMF exposure affects you in some way? Please leave a comment below.