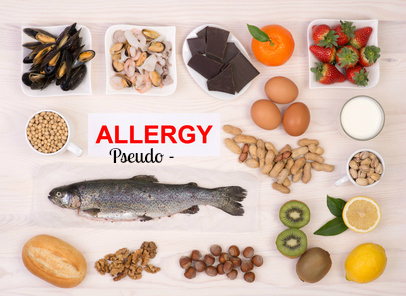 Urticaria is something many of us with histamine intolerance or mast cell activation have come to know as our nemesis: hives. Most doctors (non specialists) may not yet know that if allergies are not present, as diagnosed by IgE or RAST, excess histamine has been found to play a key role in chronic idiopathic urticaria/hives. In these studies high histamine foods and other pseudo allergens, appear to be the main suspects for adults presenting with urticaria/hives, while in children, food dyes, preservatives and others were more of a trigger than fruits and vegetables. A number of studies not only find a link between high histamine foods and other pseudo allergens and urticaria/hives but also show that dietary changes can resolve them and you may wish to print these out for your doctor. You’ll find links at the bottom of this post.

A 2013 study published in the Annals of Dermatology found histamine plasma levels to be “significantly higher” in the chronic idiopathic urticaria participants. They did not however find much correlation to levels of the histamine degrading diamine oxidase (DAO) enzyme. I do always tell people that DAO levels aren’t a very good indicator of much to do with histamine conditions. We still don’t have much data on their relationship [1].

In this 2000 study published in the European Journal of Clinical Nutrition, conducted on a small sample of ten people suffering chronic urticaria who were placed on a “histamine free” and oligoantigenic diet for 21 days. The latter is basically the strictest version of the food sensitivity diet that you can find. You’ll find a link to it here. This was followed by a seventy day re-introduction phase. The study authors’ findings suggest “histamine plays a major role in chronic idiopathic urticaria” [2].

A 1998 study in the journal Experimental Dermatology finds that on a diet free of pseudo allergens (high histamine foods), dyes and preservatives, seventy three percent of patients experienced a remission of more than six months [3].

As always though in science, we get conflicting numbers. This could simply be down to which pseudo allergen/high histamine food list is being used but there are obviously many other factors. A 2010 study published in the journal Allergy finds that a pseudo-allergen free diet helps one in three suffering from chronic “idiopathic” urticaria. The pseudo allergenic foods eliminated included food additives, histamine, and certain fruits and vegetables [4].

In 1998 a study in Allergy found that in children presenting at their clinic with chronic urticaria lasting longer than six weeks, who did not have allergies, seventy five percent (of an admittedly small sample of twelve cases) of cases were found to have pseudo-allergen induce hives/urticaria. Their double blind, placebo controlled food challenge findings indicate that in children the urticaria and hives were more likely to be triggered by food colouring, preservatives, monosodium glutamate (MSG) and saccharin (food additives generally) rather than fruits and vegetables [5].

This may not be news to those of us diagnosed with histamine intolerance/mast cell activation, but thankfully a number of specialists are now recognising the role of histamine rather than allergies in the diagnosis and treatment of urticaria (hives).

As I got up to depart a lacklustre appointment with Dr. X., the UK’s top mast cell specialist, after waiting nearly a year, I was interested to spot a document titled “Urticaria Diet” on his shelf. Dr. X. Confirmed that it was believed that diet could resolve urticaria/hives. I was a little confused given that not 10 minutes ago he had brushed aside my MCAS diagnosis (given to me at the Virgen del Valle Hospital in Spain, one of the most recognised mastocytosis centres globally), saying that if I refused to take sodium comoglycate, there was no way for him to confirm it. This put me in an uncomfortable spot – by that point my symptoms were pretty much under control, thanks to my emerging theory on an antihistamine and anti-inflammatory rich diet versus a standard (unhealthy) low histamine one. And so I was not comfortable with taking a pretty heavy duty pharmaceutical just to prove to the National Health System in the UK that I was in fact sick.

My reason for wanting the diagnosis recognised by the NHS was that, in case of emergency hospitalisation, I wanted my MCAS status recorded so that appropriate specialists would be called and the anaesthesia protocol for mastocytosis followed. Otherwise, if unconscious when brought in, and even if not, I would possibly be gravely injured.

Dr. X’s reasoning was this: if I was able to manage my symptoms of mast cell activation/excess histamine through diet alone, it was not MCAS and he would refuse to add my diagnosis from Spain to my records. If I refused sodium crom there was definitely nothing he could do for me. I tried to argue that I had been taking quercetin, a bioflavonoid found by Dr. Theoharides at Tufts to be even more effective than sodium comoglycate at preventing mast cell degranulation, the process by which mast cells release histamine into the body, from causing hives and other nastiness. To no avail.

Though Dr. Theoharides has published nearly 400 peer reviewed studies, is in the top five percent of authors quoted in studies, is a world-renowned mast cell researcher and M.D., the information was not taken into account. It was suggested to me that the supplement I was taking was unlikely to be doing anything productive. It was of course unimpressive to him then that I consumed a diet made up solely of foods high in quercetin and the other mast cell stabilising bioflavonoids (which can be found in Dr. Theoharides’ Neuroprotek supplement here), my explanation for why my diet was healing me.

You can now understand my confusion over the urticaria diet sheet I was now clutching and waving in his face quite excitedly. A quick read revealed that this was basically a LOW HISTAMINE DIET. A really horribly unhealthy one (yes, soda is permitted, junk food without the forbidden ingredients was fine, dairy, wheat, processed sugar all good), but a low histamine diet none the less.

So, let me get this straight: histamine excess causes urticaria/hives and a low histamine diet can help. But diet, any kind of diet changes, will not help at all with MCAS? I could have understood if he said a low histamine diet. But his assertion was that NO dietary changes at all would help. I take issue with that simply from the perspective of the fact that we live an era where we know that diet is implicated in the onset, progression and prevention of heart attacks, dementia and cancer, to name just a few.

I’m not saying we can cure histamine intolerance and mast cell activation through diet, nor that medication should be abandoned in favour of it. Diet has been an integral part of my healing process along with many other components including meditation, yoga and re-wiring my brain for health. For more on the latter, you can check out the exact training I did here.