Chill out your brain & fight histamine inflammation with tea blossom 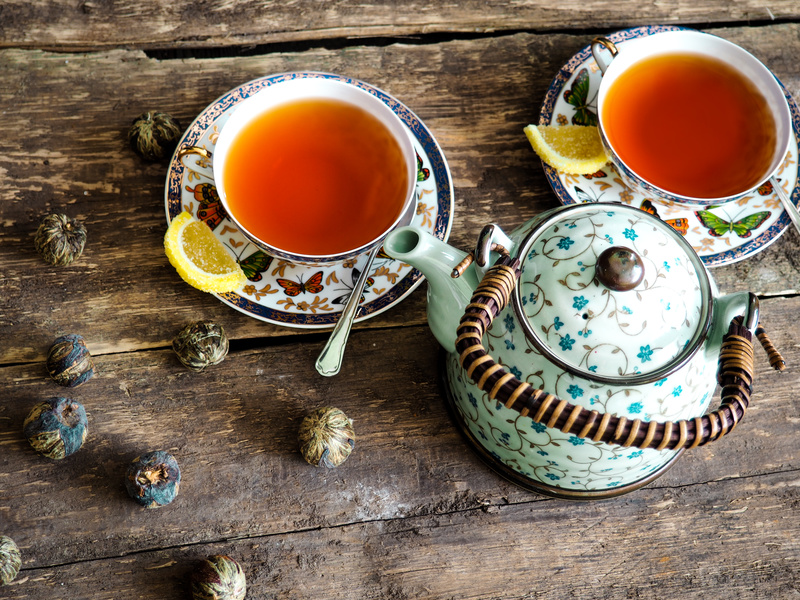 Antioxidants found in the Camellia Sinensis (tea) plant are powerful antihistamine allies in the fight against inflammation. Unfortunately, fermentation of the plant can be problematic for those with excess histamine. A recent discovery of mine could help remedy that. All references at the bottom of post.  Hands up if you’re tired of finding out that healing foods could mess with histamine levels. *I’m holding both up* Here’s the thing, there’s often a hack, or a way of figuring out how to add it back. Which is something I explain here. The bee in my bonnet these last few months was tea. For most of us dealing with histamine, anxiety may be a problem. Histamine was recently directly linked to anxiety in a study I cover in this post.  So my primary issue with tea was the caffeine. According to my 23 and Me genetic testing, I’m a slow metaboliser of caffeine, which means that I’m probably best off drinking it before bed so it kicks in by morning (only I’m not brave enough to try that!). It also means that it probably accumulates in my system, which is why I’ve found I can drink it for a few days only, before dissolving into a puddle of nerves. Starting my morning with two diet Pepsi’s when working for CNN obviously did me no favours. The second problem with tea for me was the fermentation issue and that it supposedly blocks the histamine degrading diamine oxidase (DAO) enzyme. That’s why I was absolutely tickled to find out about camellia blossom tea, which is made from just the tea plant flower. It’s low to no caffeine, and has all the antihistamine antioxidant benefits of tea… Wait, did I lose you here? Just because tea is believed to block DAO, and is fermented, doesn’t mean it’s high histamine.  Because it also contains a plethora of antihistamine compounds like epicatechin, catechin, epigallocatechin, epicatechin, and epicatechin 3-gallate, which are shown to now only prevent histamine release, but also stop mast cells from leaking other inflammation into the blood stream. This tastes great as iced tea… Just brew a cup and then cool. Add in a quarter of a cup of pomegranate juice and enjoy! Talk about an antioxidant boost! An interesting study I came across tells us that cancerous changes can trigger some cells that don’t normally create histamine into producing it, thereby creating more inflammation and speeding up the progression of cancer. This is true for melanoma, small cell lung cancer and some neuroendocrine cancers. What we need to do is keep in mind that foods can have opposing properties, which is important  when deciding which foods to eliminate. I explain that in my online workshop here. If you’re not a tea person, you can find the same antihistamine properties in the ingredients my diet is made up of: Blackberries Peaches Cherries Apples Pomegranates Pecans Pistachios Lentils Beans Green beans Peas While drinking tea has the added benefit of the amazing L-Theanine, an amino acid shown to boost GABA and dopamine in the brain. Both are wonderful at combatting anxiety and depression. Theanine in particular is found to “chill out” the nervous system and improve memory. So the Brits have it right after all. The logical first step in trying times might just be to brew yourself a cup of tea. It also fights cancer.

Theanine has been shown to lower blood pressure, so please keep this in mine if you have POTS. Drinking tea versus taking it in high dose supplement form may make a difference. While I’m confident my diet is already high in many of the wonderful compounds found in tea, I definitely could do with a source of theanine. I try to get my healing compounds from foods were possible, rather than supplements, so I’ll be keeping this tea. I’ve been drinking it daily with no problem for the last few weeks. Out of curiosity, I opened up one of the bags to inspect the contents. I didn’t see or smell much/any fermentation. Tea has always bothered my bladder after a few days, but camellia blossom tea hasn’t had that effect in the slightest. You can find many types of this tea online. If you’re not keen on the tea option, check with your medical practitioner about L-Theanine as a supplement and try adding the antioxidant rich foods from the list above. If you’re struggling with adding foods back to the diet, check out my online workshop on food re-introduction here. There’ll be a live Q&A with me on August 1st where I’ll be answering all your questions. If you’re not sure which foods to eliminate or re-introduce, check out this online workshop to get started. ——-REFERENCES——– Fujimura, Y., H. Tachibana, M. Maeda-Yamamoto, T. Miyase, M. Sano, and K. Yamada. “Antiallergic tea catechin, (-)-epigallocatechin-3-O-(3-O-methyl)-gallate, suppresses FcepsilonRI expression in human basophilic KU812 cells.” Journal of agricultural and food chemistry.U.S. National Library of Medicine, 25 Sept. 2002. Web. 22 July 2017. Melgarejo, E., M. A. Medina, F. Sánchez-Jiménez, and J. L. Urdiales. “Targeting of histamine producing cells by EGCG: a green dart against inflammation?” Journal of physiology and biochemistry. U.S. National Library of Medicine, Sept. 2010. Web. 22 July 2017.
“12 Health Benefits of Theanine – cognitive enhancement, antioxidants, immunity.” Selfhacked. N.p., 23 June 2017. Web. 22 July 2017.
“Showing all foods in which the polyphenol (-)-Epicatechin is found Food Composition.” Showing all foods in which the polyphenol (-)-Epicatechin is found – Phenol-Explorer. N.p., n.d. Web. 22 July 2017.
Herbal | CAMELLIA BLOSSOMS | FIVE MOUNTAINS. N.p., n.d. Web. 22 July 2017.
Take a chill pill. N.p., n.d. Web. 22 July 2017.
Matsuo, N., K. Yamada, K. Yamashita, K. Shoji, M. Mori, and M. Sugano. “Inhibitory effect of tea polyphenols on histamine and leukotriene B4 release from rat peritoneal exudate cells.” In vitro cellular & developmental biology. Animal. U.S. National Library of Medicine, June 1996. Web. 22 July 2017.
Inoue, T., Y. Suzuki, and C. Ra. “Epigallocatechin-3-gallate inhibits mast cell degranulation, leukotriene C4 secretion, and calcium influx via mitochondrial calcium dysfunction.” Free radical biology & medicine.U.S. National Library of Medicine, 15 Aug. 2010. Web. 22 July 2017.
Lin, Y. S., S. S. Wu, and J. K. Lin. “Determination of tea polyphenols and caffeine in tea flowers (Camellia sinensis) and their hydroxyl radical scavenging and nitric oxide suppressing effects.” Journal of agricultural and food chemistry. U.S. National Library of Medicine, 12 Feb. 2003. Web. 22 July 2017.
Share this on: