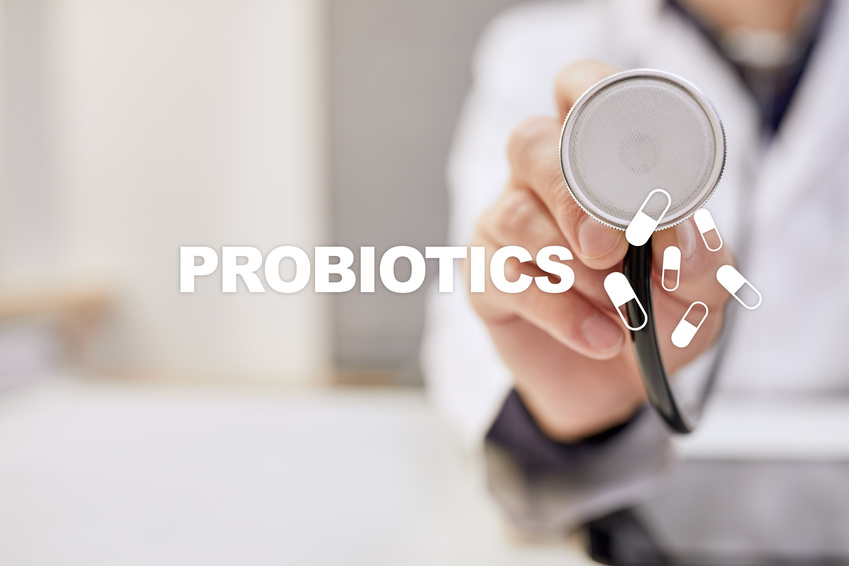 Probiotics can be a touchy subject when it comes to histamine intolerance and mast cell disorders. After all, bacteria are the problem, right? Well, it depends what type we’re talking about. Certain strains of probiotics can actually be really helpful in healing histamine intolerance, but you have to know your source, your substrate, and your actual strain, not just species. Read on to learn what to look for.

STRAIN SPECIFICITY (DO YOU KNOW YOUR BUG?)

First of all, it’s important to know the difference between strain and species when it comes to probiotics. A lot of people use the word “strain” when they actually mean “species” and this is causing a lot of confusion. As an example, Lactobacillus rhamnosus. “Lactobacillus” is the genus. “Rhamnosus” is the species. The strain is unknown (not listed). You can find Lactobacillus rhamnosus GR-1, Lactobacillus rhamnosus (or L. rhamnosus) LRB, L. rhamnosus GG, and more. It’s these letters and numbers that come after that species that designate the strain. And they don’t all have the same effects. In fact, different strains of the same species of bacteria can have opposite effects. You never know when one strain could promote histamine while the other lowers it. So, it’s important to know your strain. This concept is known as “strain specificity” and you can read more about how strains are named in this post. I absolutely do not recommend adding in a probiotic during the elimination diet phase, nor when things are generally unstable. It can be like pouring gasoline on a fire. Everything will be amazing for the first few days/week, and then it’ll hit.

It’s also important to know what the probiotic was grown on, for example, dairy. If dairy is an issue for you, you’re going to want to make sure you’ve got a dairy-free probiotic.

The brand of probiotic can make a huge difference for those of us who tend to have overactive immune systems. If you find a probiotic that is made up of just one strain, L. rhamnosus GG, but this particular brand likes to add fillers and colors, you might be in big trouble — even if you do tolerate the strain. You could be dealing with dairy- or corn-based fillers, titanium dioxide, and a whole lot more. Always check the label for other ingredients, just to be on the safe side.

Reuteri MM53 (otherwise known as DSM 17938, ATCC 55730, and SD 2112) is an H2 histamine blocker and helps with symptoms of GERD/acid reflux. Lactobacillus reuteri causes histidine to convert to histamine, but this particular histamine raises cAMP (a good thing), and kills inflammation This study finally backs up the assertion that not all histamine is bad and as such should not be entirely eliminated from the diet.

This all goes hand in hand with what I’ve been saying for years: the focus should be on health as a whole, rather than lowering or avoiding histamine. We need to support the immune system, lower inflammation, and heal the gut.

Sakei Probio 65 is the probiotic found in the Korean fermented cabbage condiment/side dish, kimchi. L. Sakei Probio 65 can inhibit IgE (the stuff involved in allergies) and interleukins (involved in mast cell disorders and inflammation generally), and it shows promise in treating atopic dermatitis caused by IgE mediated histamine release. You can get this in a bulk powder online.

L. rhamnosus GG is one of the most researched strains out there, and it’s a strong mast cell stabiliser. You’re probably seen the commercial probiotic, Culturelle, which features this strain. L. rhamnosus is often used in Inflammatory Bowel Disease (IBD) and allergic diseases, including atopic eczema. This probiotic (and a few others) down-regulates the IgE and Histamine 4 receptor while also up-regulating anti-inflammatory agents like (IL)-8. So it basically turns down the dial on two important allergy/mast cell histamine receptors, while enhancing the activity of anti-inflammatory agents. I read a study published in the Journal of Allergy and Clinical Immunology which discussed the importance of the microbiota (gut bacteria) in ongoing “immune homeostasis.” The authors found that activation of the H2 histamine receptor is “associated with potent immunoregulatory effects”. The study authors found that the anti-inflammatory effects of the histamine-secreting L. Rhamnosus were down to its stimulation of the aforementioned receptor.

Casei Shirota is a strain discovered in Japan. It’s another mast cell stabiliser and it’s been shown to lower inflammation caused by seasonal allergies. There are actually over 200 human studies using this particular strain. You can find this strain in a little yogurt beverage called Yakult, but it’s dairy-based.

While not actually a probiotic, this combination of trace minerals has been proven in studies to tighten the T junctions of the stomach barrier that keeps food particles and bacteria contained.