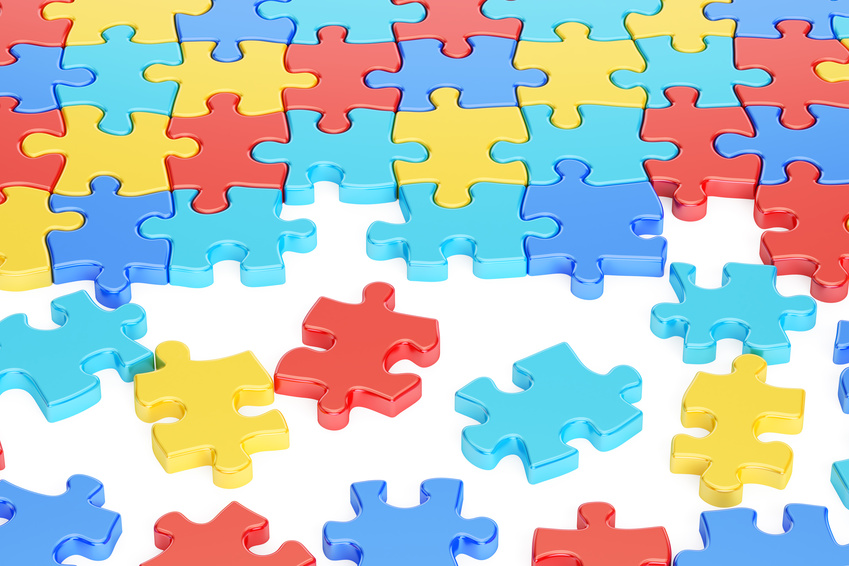 A review of the latest autism spectrum disorder (ASD) research by National Institutes of Health funded mast cell researcher and head of molecular immunopharmacology and drug discovery at Tufts, Dr. Theoharis Theoharides*, shows that mast cell activation may be the root cause of ASD in some children. Other recent studies have found a link between autism and maternal and childhood food allergies, asthma and eczema, all of which involve mast cells  (and histamine). Autism is believed to affect as many as one in 45 children in the United States, but the lack of reliable  biomarkers has made the development of treatments difficult. The annual cost of autism was recently estimated at over $250 billion in 2015. *Dr. Theoharides is in the top five percent most quoted authors in scientific papers.  His review, published recently in the journal Translational Psychiatry, points out that mast cells are located in all tissues, including the thalamus and hypothalamus, which regulate emotions. On a personal note not relating to the specifics of ASD behaviour but rather the regulation of emotions by mast cells generally, I have experienced what some have dubbed “masto-rage” or “mast cell rage”, and can I can tell you first hand that mast cell activation messes with your ability to think straight, interact with people you love in a rational way, and can cause violent (and often illogical) outbursts. Again – I am not saying this is ASD behaviour, it’s just an explanation of my personal experiences of mast cell activated hypothalamic and thalamic processes.  Dr. Theoharides’ findings show that the expression of inflammatory molecules interleukin (IL-1B, IL-6, IL-17) and tutor necrosis factor (TNF) is increased in the brain, spinal fluid and blood of some autism patients, while others are released in times of stress. Some with elevated IL-6 and TNF may benefit from treatment with the bioflavonoid luteolin (which is something I take daily) which is a supplement that prevents mast cells from releasing histamine and other inflammation  (like interleukins) from being released into the blood stream. A study published in the journal Cellular Molecular Biology points out that histamine causes consistent blood-brain  barrier “opening”/permeability.  Didn’t know histamine is found in  the brain? It’s found there, and we have histamine receptors in the heart, breasts, and pretty much everywhere else. That’s why it’s important if we lack the DAO and HNMT histamine degrading enzymes (which can be a genetic issue), or if we have activated mast cells  (histamine is found in these immune system cells), then we might benefit eat an overall anti-inflammatory and low histamine or histamine-balanced diet. CLICK HERE TO LEARN HOW TO CREATE YOUR OWN CUSTOMISED HISTAMINE BALANCED, ANTI-INFLAMMATORY DIET AND HEALING PLAN. According to Theoharides, the number of allergic, genetic, environmental, immune and infectious factors increase the risk or contribute to the development of autism spectrum disorders (ASD). He has suggested in the past that mast cell related inflammation could  disrupt the blood brain barrier, causing a so-called “allergy of the brain”  which could contribute to ASD. Obesity during pregnancy has been strongly associated with a number of childhood issues, but it’s also considered an inflammatory state associated with mast cell activation. But there are many other factors linked to mast cells and so if this topic is of interest to you, I highly suggest reading the rest of his paper, a link to which is found below. It’s certainly something I’ve been interested in for a long time given that a large chunk of my histamine/mast cell activation friends have children on the spectrum. Dr. Theoharides has been studying luteolin and other bioflavonoids like quercetin for their mast cell activation fighting properties and I know a number of my friends have used it also. You can find the supplement here but I encourage you to read up on it fully and ask your doctor about it before trying it. We’re all different in what we can tolerate and what works for one might not for another. Natural compounds can be harmful too, so best to proceed with caution.