Are you allergic to Candida? 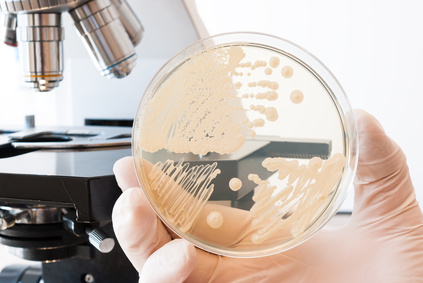 Research shows that Candida triggers histamine release, but did you know you can be allergic to candida, causing repeated, longer lasting or more intense infections? Or that those with chronic candida are 70% more likely to have a history of family allergies and allergic rhinitis? There’s really exciting news though – Tufts researchers have made a discovery that will rock our world!

While I personally believe candida to be a catch all diagnosis that is often incorrect, especially when self diagnosed, it is something that comes up frequently when I meet people.

Are candida and histamine a related issue?

Are there natural treatments available?

Yes! A recent study by researchers at Tufts has found that a coconut oil rich diet reduces the amount of Candida albicans in the gut by more than 90% in mice [1].

More on that below.

Before proceeding, I’m just adding a quick update on a new review published in the European Journal of Pharmacology which discusses the findings that curcumin, extracted from turmeric, may be an appropriate treatment for invasive fungal infections like candida in cancer patients [1a].

We’ll have to wait for convulsive results but I thought it worthy of a mention given the study I read in Critical Reviews in Microbiology which shared something new to me: not only does candida take advantage of the immunocompromised by increasing the risk of carcinogenesis and metastasis in those undergoing chemotherapy, but that new research indicates candida may cause cancer progression by triggering inflammation [1b].

Back to the histamine connection.

Most, if not all, bacterial, viral and fungal infections cause an immune system response which comprises the release of histamine and many other inflammatory molecules [2].

A number of studies, including one published this year (2015) in the Nature Journal show that candida infection triggers mast cells to release inflammatory mediators to try and kill off the fungus [3].

As you’ll remember, histamine is found outside of the body in foods but it’s also present in our body, where it lives in mast cells, which are a key component of our immune system. When mast cells freak out for no reason (like in mast cell activation disorder/syndrome) or need to get in there and fight a pathogen, they do their degranulation boogaloo, shaking loose a ton of inflammatory cytokines to get the healing process going.

In 2012 authors of a study published in Frontiers in Immunology concluded that mast cells could be involved in the defence against Candida albicans by releasing histamine [4].

But let’s get something straight: candida is a member of the “normal” human biome. In most people, it is a life long, harmless commensal. That’s doctor/fancy speak for saying that it is a part of our inner ecology where it lives without causing us any harm. So it is normal for testing to reveal that candida is in the body. A paper published in the journal Virulence in 2013 tells us that Candida albicans is present in the oral cavity of up to 75% of the population [5]. The problems begin when the immune system takes a hit, and the host becomes immunocompromised, like in HIV infection, and candida growth is no longer kept in check [6].

Dr. Mark Hyman reckons that medical doctors under diagnose candida while nutritionists over diagnose it [7]. He says that many of the tests used are not definitive or foolproof: blood antibody levels for yeasts, stool tests and organic acid urine tests for yeast metabolites can be helpful if they come up positive but don’t rule out yeast if they’re negative [8].

Also not so easy to measure or determine, depending on whether you went to see a nutritionist or an immunologist, is whether the immune system is functioning normally enough to prevent the candida from running rampant.

Dr. Fuhrman was kind enough to oblige me with a quote for this post. Never one to mince words, he shared that in his view, “Candida is a real issue in HIV patients and with cancers, and immune system disorders. Other than vaginal yeast infections in women, candida in the oral cavity, throat and digestive tract is not an issue, and especially not in people who eat properly. There is no candida fighting approach necessary, because it is a fabricated issue and not something of diagnostic importance.”

I’m not denying that candida isn’t a valid diagnosis for some with compromised immune systems, but urge caution in finding an appropriate medical professional (emphasis on medical), to diagnose you before submitting to treatment or a crazy strict elimination diet.

I do not consider NAET, muscle testing, that thing where you get a crystal to swing back and forth to indicate a response, iridology, or any kind of biofeedback machine (whatever they’re calling it nowadays in an effort to evade the fact that no studies have shown it to be effective) that uses any kind of metal prod touching your body to measure something, to be conclusive for a diagnosis or treatment of any kind. Yes, I know it works for some people but an improvement in symptoms doesn’t mean that you have successfully identified and treated something, it could be a total co-incidence, or the placebo effect. I had many instances where I got better for a bit and then got worse. So many false hopes pinned on these treatments and until I see proper studies backing up their use I have no use for them.

And let’s talk about diet for a moment: ever notice that the anti-candida diet is very similar to the histamine intolerance diet [9]? This confused the heck out of me for years because the candida diet made me feel better for a little bit, thereby adding credence to the idea that’s what I was dealing with. I’ll get to my personal experiences at the bottom of the post.

As I dug a little deeper an interesting correlation between candida, allergies and asthma emerged:

A 2000 study published the Journal of Investigative Allergology and Clinical Immunology posits that women can be allergic to candida albicans and that hypersensitivity to the yeast can be a factor in long lasting infections. They found that two years (!) of immunotherapy significantly reduced infection recurrence and the intensity of episodes [10].

Another study in the Annals of Allergy and Asthma Immunology two years earlier also found a significant link between candida and allergic rhinitis. Of 95 patients with recurrent vaginal candidiasis that did not respond to all other treatments: 71% also had allergic rhinitis, 50% had positive skin tests to inhalant allergens, 55% to candica albicans, and 73% had a family history of allergies [11].

Authors of a 2004 study published Journal of Allergy and Clinical Immunology study also found a link between Candida albicans and asthma [12].

If you have been diagnosed with Candida albicans your doctor may treat you with:

Vancomycin, miconazole or fluconazole. Please be aware that the first two have been found to provoke histamine release in animal tests [13]. This doesn’t mean flucanozole doesn’t, just that I haven’t found any studies saying it does. It also doesn’t mean you shouldn’t take them if they are prescribed. Always consult with your doctor before taking any meds – even over the counter ones. I ended up self medicating with flucanozole for a couple of decades. By this point I was sick and tired of hearing that I had a chronic yeast infection and being poked and prodded even deeper. I don’t recommend doing what I did.

As for natural treatments: Tufts researchers have found that a coconut oil rich diet reduced Candida levels in mice by over 90%. I’m super excited and I haven’t even had an infection since around 2011. Seems like I’ll be keeping them at bay thanks to the young Thai coconut flesh and coconut oil that’s in my diet.

The study authors say that as the majority of adult Americans are at high risk for heart disease, coconut oil should not be considered a short term prophylactic approach to preventing fungal infections, but rather that the study is a first step in helping researchers find new treatments.

Candida broke my world apart. I’m still not sure I actually had it, but a chronic candida “infection” diagnosed in Spain prompted my doctor to tell me I had possibly contracted HIV from a tattoo I acquired earlier that year (aged about 17 or 18). In those days it took months to get the test and waiting was agony. It was negative but candida’s stranglehold on my life continued for another 20 years.

I continued on a “prophylactic” dose of Diflucan for years, coupled with homeopathy, general holistic and biofeedback treatment, herbal tinctures, iridology and all the rest of it.

In 2008 after being hospitalised with suspect pelvic inflammatory disease (of unknown aetiology) coupled with intense stabbing upper and lower back and kidney pain and itching, I had had enough. The candida diet had failed me, the holistic treatments and traditional medicine also. A year on the low histamine diet turned my life around but a low – medium oxalate changed my life forever. In my case I believe that oxalate driven inflammation caused so much inflammation of the gut and sexual organs (with chronic cervicitis and high neutrophil counts found in most pap smear for years) and just general histamine overload being excreted through the urinary tract was causing contact dermatitis that mimicked a candida infection. I’m sure there were some chronic Candida infections thrown in, but the symptoms persisted after I quite taking meds and suddenly resolved on their own after a few years of diet changes.