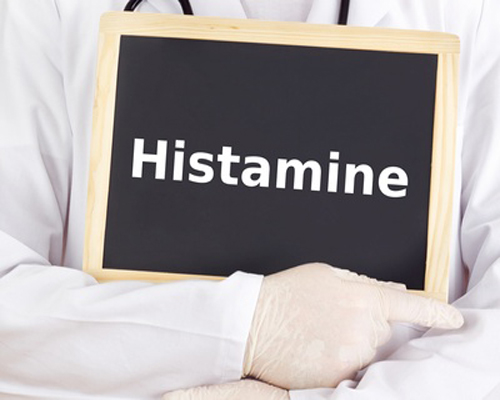 Before we share with you the food lists that Yasmina referred to in the beginning stages of her journey, we really need you to know a few things.

In Yasmina’s experience, and in that of hundreds to thousands of people Yasmina spoke to in her online groups and in person, eliminating foods for a few weeks might help symptoms, but in the long run it may cause people to become reactive to an increasing number of foods. Possible reasons why this occurs: increased consumption of other foods that may cause reaction in large amounts (oxalic acid, salicylic acid, fructose as examples), limiting the number of foods eaten often means less rotation so the body may become sensitized to foods consumed regularly (research food rotation diets for allergy) and removing too many healthy foods from diet could slowly starve the body of needed nutrients that could help resolve inflammation in the long run (see Dr. Fuhrman’s quote on this below).

CLICK HERE TO LEARN HOW TO CREATE YOUR OWN NUTRIENT DENSE HISTAMINE BALANCED DIET AND HEALING PLAN, JUST LIKE YASMINA DID.

Please know that the histamine in food lists you find on the internet have been created by referencing medical studies that show there’s histamine in a particular food or that it may trigger histamine release from mast cells. They are often conducted in test tubes or on animals and do not take into account individual human physiology or your current dietary intake. For example: a report by the World Health Organization determined that the histamine safety margin in fish may not be high enough for healthy people because it doesn’t take into consideration that they may be drinking wine with the fish or eating a generally high histamine diet. For references and more information, please read more about that in this post.

Lists can cause people to become confused, believing their issue isn’t histamine because they react to other foods also, or because they still react to low histamine foods. Read all about why the histamine bucket is less important than the inflammation bucket here and why you may be reacting to everything you eat here.

An increasing number of doctors believe that strangling the supply of dietary histamine may cause the body to release more to make up for the shortfall. Why? Because histamine is an integral part of the immune system response, helps wake us up in the morning, gets digestion going, plays a role in our metabolism, and is a neurotransmitter affecting serotonin, dopamine, and GABA (and therefore our mood) [1]. You can read about histamine’s role in depression here and in schizophrenia here. Yasmina initially stopped taking antihistamines because of the rebound effect. Please note, we’re not (and Yasmina was not) anti-meds, Yasmina just chose to stop taking them because she had been on daily/monthly meds since childhood and wanted to give her body a little break. Please do not stop taking any medication unless your doctor tells you to.

Just because you react to a food today, doesn’t mean you will tomorrow, next week, or forever. One of the biggest mistakes Yasmina said she made was not constantly challenging her body to accept a healthy food back into the rotation. In cases of moderate to severe reactions, it is essential to work with a medical practitioner in doing so. Things change, the body heals, and the inflammation bucket empties. Conversely, tolerating a food now is not guarantee you won’t react if you eat double the amount, or eat it later that day, next week, or next year. As outlined in the aforementioned WHO report, histamine reactions are dose dependent, so if you’re dealing with pre-existing inflammation caused by prior histamine food ingestion, you may have a reaction one day, but not on another when you have not been consuming high histamine foods or dealing with excess inflammation.

There are many histamine/mast cell triggers other than food. Stress hormones can cause mast cells to release histamine, thereby causing reactions. You can read more on that in Yasmina’s interview with mast cell specialist, Dr. Castells and also in the post on how meditation fights inflammation, and here on how hypnosis may prevent histamine release. Hormones, pesticides, medications, chemicals, and even changes in temperature, pressure, or altitude can cause mast cells to release histamine. All of this is covered on the Healing Histamine blog with extensive references.

Foods can have opposing properties. For example, raspberries are considered high histamine but have quercetin in them, which is an antihistamine [2]. This accounts for some of the confusion, as a person googling antihistamine foods might come across raspberries because of the quercetin content, while a person googling high histamine foods would also find raspberries on the list. To further confuse things, the leaves and stem of a food/fruit may also have differing properties. In the case of raspberry again, the leaves have a high ellagic acid level [3] which has antihistamine properties and prevents allergy-induced triggering of mast cells, thereby preventing them from releasing histamine into the blood stream [4].

So, how to proceed?

It is uncommon for doctors or nutritionists to advocate long term elimination of highly nutritious food groups for much longer than the initial four week elimination period. Yasmina found that for every food eliminated, one “safe” food should be added into the diet. Otherwise, you could soon be heading down the scary path of orthorexia – a type of anorexia based on the demonization of certain foods [5].

Please remember: Yasmina found that rather than eliminating histamine foods, eating a balanced diet high in antihistamine and anti-inflammatory foods helped her heal at an incredible speed. Sure, the research she did into the antihistamine and anti-inflammatory foods is also based on medical research conducted in test tubes or on animals – but as with the high histamine food lists, she used them as a starting place. And Yasmina got to the point where she could eat high histamine foods whenever she wanted, though she always chose high nutrient, healing foods, and didn’t eat them at every meal.

Most importantly, a bit of advice from New York Times bestselling author (many times over), Dr. Fuhrman, in a quote he gave Yasmina to share with readers of this blog:

My interview with Dr. Joneja covers all the high histamine foods as well as a ton of other information uncovered by one of the field’s pioneering researchers.

Yasmina based the foods in her cook books on a combination of Dr. Joneja’s and the following list.

It has been interesting to note that this list is updated fairly regularly as new information becomes available. Yasmina, had, over the years, taken issue with some of the foods appearing as high histamine, only to find them revised thereafter.

Yasmina referred to this list of histamine foods over her time writing on this website and compiling cook books.

Now to an interesting list that is used by the Spanish Diamine Oxidase Society.

DAO is one of two histamine-degrading enzymes in our gut that we know of; HNMT is the other. As far as we can tell, this society is some kind of lobby or research group created to support the creation and sales of a diamine oxidase supplement in Spain.

The list was sent to Yasmina by Adriana Duelo, a nutritionist in Barcelona with a background in histamine intolerance and affiliation with the aforementioned society. Her approach is very different to Yasmina’s and relies heavily on the DAO supplement.

The list interested her because it’s the only one she had seen that provides some levels of histamine in foods, something Yasmina had been attempting unsuccessfully to find a lab to test for. Yasmina spoke to many over the years who told her it’s not possible to properly determine histamine levels in fruits and vegetables, as modern testing is geared toward testing high amounts in spoiled foods. Australian researchers are promising to release a handheld histamine in food measuring device for use by the general public, but repeated calls to their media department have yielded no further updates.

ND means not determined, which is confusing because there is a value. It likely means an average value.

Interestingly, fruits and vegetables are way down at the bottom of the histamine level chart, but this was the first list Yasmina found that confirmed that concept.

This food intolerance list is by far the strictest. It’s often referred to as the “failsafe diet” and covers all amines. It’s not a favorite because it creates a very negative mindset, but it will be useful to some. When Yasmina started out, she was reacting to ALL foods, so she really drove herself nuts trying to follow this list. Thankfully, over time, she understood that when reactive, all foods bothered her, regardless of which list they were on. That spurred her into just generally getting healthy and letting the body figure out the details.

THE DO EAT LISTS

Because diet is so individual it’s also impossible to give anyone a definitive list of DO eats. What we can do is make our own list of high nutrient foods that agree with us.

Please speak with your doctor before adding any new foods into your diet.

Yasmina said she had a complete nervous breakdown when she determined that oxalic acid, found in plants, was a big issue for her. As with other things that cause inflammation, oxalic acid can increase the effects of histamine on the body. So Yasmina checked out the lists on the internet and made herself a list of DO rather than DON’T eats. It was pretty much the way she operated since realizing how important a high nutrient diet is.