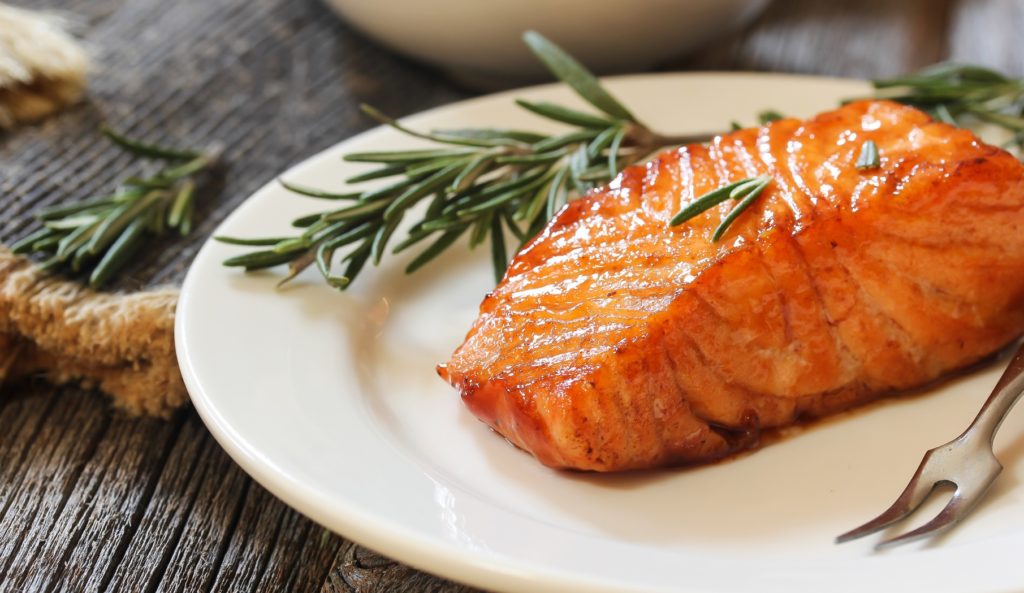 For most people, unless you have an IgE allergy, fresh fish is safe in the elimination phase of the histamine diet, and far beyond. That’s because fish is only considered a problem when it’s not fresh, when histamine levels rise as a result of bacteria as it spoils. The trick is getting the absolute freshest fish;  and now I’ve found us a supplier whose product I believe in. You’ll find my interview with Randy Hartnell, who spent 20 years working as an Alaskan fisherman before joining Vital Choice, below.  We discuss why their salmon is a safer option for us and why you definitely don’t want to buy it at the grocery store.  Randy and I met at a health conference. He’s a wonderful person, and I was delighted to learn that his company was providing all the fish. Pre-cooked fish served on a heated platter left sitting in the sun, is not something I would normally ever eat (because of the bacterial accumulation). But having spoken with Randy at some length about his years as a fisherman in Alaska, I felt certain that his product was fresh enough to withstand extra histamine accumulation. So I dove in and ate fish at lunch and dinner for five days straight. With no problems whatsoever. Salmon, and a few other fish chosen for their nutritional qualities, are the only animal protein left in my diet (as well as the odd serving of liver for my chronic borderline anemia, ew!).

Click here to check out Vital Choice salmon, fish and meats.  100g/4oz has…