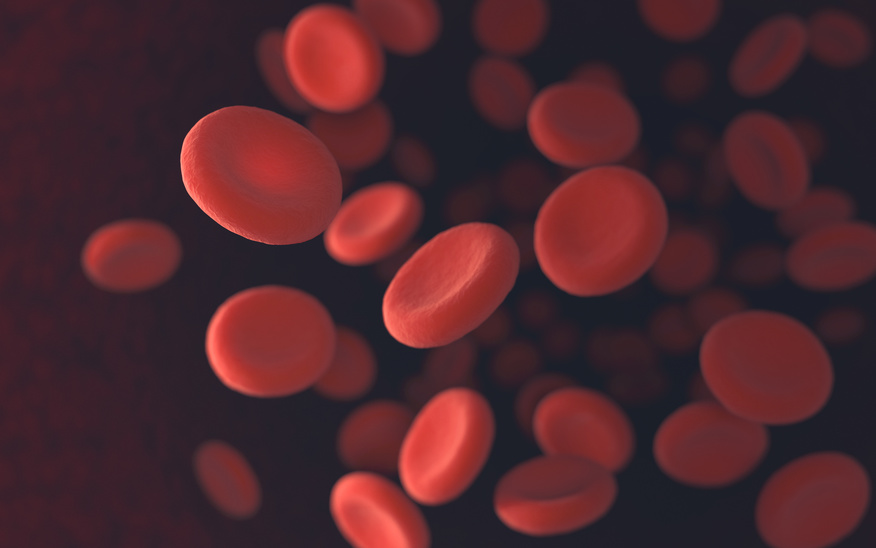 Hypoxia, or a state of low oxygen in the body, causes histamine to be released from mast cells. If we’re already dealing with an excess of histamine due to low levels of the histamine degrading diamine oxidase (DAO) enzyme, exposure to high histamine foods, stress, chemical exposure, or illness and injury; avoiding this lack of oxygen to cells is paramount. Read on to learn more about hypoxia’s role in histamine intolerance and mast cell activation, and what steps we can take to reverse it naturally. All references at the bottom of post.

Low blood oxygen has many causes, including lack of nutrients, stress, not breathing correctly (while awake or asleep), and inflammation. Symptoms include: Shortness of breath Rapid breathing Fast heart rate Low blood pressure Confusion According to Joe Cohen at Self Hacked, our mitochondria require oxygen, and hormones are affected by a lack of it. He tells us that low oxygen can be caused, at least in part, by inflammatory cytokines which prevent oxygen from reaching the tissues.

There are four types of hypoxia

Hypoxic: where there’s not enough oxygen available Hypoxemic: where cells in the body are unable to carry enough oxygen Histoxic: where cells are unable to carry enough oxygen because they’re impaired by alcohol or chemicals/drugs Stagnant: too little oxygen due to external forces (like being in a fighter jet) A voluminous amount of research tells us that hypoxia is a driving factor in many cancers, including triple negative breast cancer (the one I’m now in remission from). Cancer cells thrive in a low oxygen environment; though the tricky buggers can also proliferate in high oxygen states too. Interestingly, a study published in the journal Frontiers of Immunology found that the release of histamine in states of low oxygen actually prevents “uncontrolled degranulation” of mast cells (the process by which they release histamine). This stops the body from descending into a state of all out inflammation. But there are less extreme ways to address low oxygen.

BOOSTING OXYGEN LEVELS Breathe Unsurprisingly perhaps, breathing properly helps. There are some wonderful YouTube videos explaining very easy breathing exercises. I manage quite well, until I don’t. Try setting an alarm every hour while you’re awake to remind you to stop what you’re doing and check in with your breath. This comes naturally to me now. I often find that I’m holding my breath tight while I’m writing or becoming increasingly irritated with my upstairs neighbour stomping around like a paratrooper on the hardwood floor. Iron This is a tricky one. On the one hand we certainly need a good supply of it, but it’s linked to increased inflammation. On the flip side, inflammation can prevent the body from absorbing and using iron efficiently. One of the symptoms of mast cell issues can be unexplained anemia. Mast cell researcher Dr. Theoharides has told me that I should stick to “organic” iron, meaning to find my sources from animals or plants. The curry plant is an excellent source of non-heme iron, but it’s high in oxalic acid. You could experiment with cooking in cast iron or ask your doctor about iron supplementation. Please note, an excess of iron is linked to many chronic diseases, including cancer. I never supplemented iron in my life, until a year before my cancer diagnosis. I am no longer taking any, but I do eat a small amount of grass fed beef liver once a week. B12 This vitamin is a known histamine trigger, which may be because it’s often of bacterial origin, as many of the b vitamins are. Other issues can be the fillers and colouring, both of which are problematic for mast cells. That doesn’t mean we shouldn’t take it. I had a very strong reaction to B12 for many years before settling on a clean spray with no fillers. There’s many brands that make this available online. B12 is essential for proper oxygenation of the blood. Hyperbaric Oxygen Chamber It’s supposedly great for inflammation and has been shown to help us heal faster and prevent mast cell degranulation and histamine release. If you don’t have mast cell disorder that is. Pressure is a known mast cell trigger, so it’s unclear whether the anti-inflammatory benefits of the hyperbaric treatment would be the same for us. I may find the courage to try it out one day, but I know that pressure isn’t great for me. Though I will scuba dive again, but not so deep as I have in the past. I had some very unpleasant experiences at 30m that left me confused about what I should be doing and where I was going. At one point I felt like I just wanted to lie down and take a little nap. In the water! So overall not a good look when you’re in a very beautiful but ultimately hostile environment where not having your wits about you leads nowhere good. The bottom line is, hypoxia triggers inflammation. Speak with your doctor if you suspect it.
Don’t forget to check out my favourite book Anti-Recipes – a nutrient dense cookbook full of ingredients with antihistamine and anti-inflammatory ingredients. It’s dairy/nut/gluten free, with grain free options. The Anti-cookbook and all liquid Anti-Detox Book, don’t treat any conditions, but feature a plethora of the high nutrient antihistamine and anti-inflammatory ingredients that have been instrumental in helping me feed myself on a limited diet. The Anti-cookbook features a four page list of antihistamine and anti-inflammatory foods and comes in regular and Paleo.
——–REFERENCES——- Uygur, Fatih, Nurettin Noyan, Celalettin Sever, and Tuna Gümüş. “The current analysis of the effect of hyperbaric oxygen therapy on the frostbitten tissue: Experimental study in rabbits.” SpringerLink. SP Versita, 11 Sept. 2008. Web. 26 July 2017.
PhD, Charles Patrick Davis MD. “Hypoxia vs Hypoxemia: Click for Signs & Causes.” MedicineNet. N.p., n.d. Web. 26 July 2017.
Yilmaz, M., T. Cakmak, A. Yenilmez, B. Baseskioglu, and S. Metin. “Effects of hyperbaric oxygen therapy on hydrochloric acid-induced interstitial cystitis in rats: a histological and ultrastructural study.” Undersea & hyperbaric medicine : journal of the Undersea and Hyperbaric Medical Society, Inc. U.S. National Library of Medicine, n.d. Web. 26 July 2017.
“Why You May Be Suffering From Low Oxygen and Not Realize It.” Selfhacked. N.p., 23 June 2017. Web. 26 July 2017.
Möllerherm, Helene, Katja Branitzki-Heinemann, Graham Brogden, Ayssar A. Elamin, Wulf Oehlmann, Herbert Fuhrmann, Mahavir Singh, Hassan Y. Naim, and Maren Von Köckritz-Blickwede. “Hypoxia Modulates the Response of Mast Cells to Staphylococcus aureus Infection.” Frontiers. Frontiers, 24 Apr. 2017. Web. 26 July 2017.
Lee, J. J., M. Natsuizaka, S. Ohashi, G. S. Wong, M. Takaoka, C. Z. Michaylira, D. Budo, J. W. Tobias, M. Kanai, Y. Shirakawa, Y. Naomoto, A. J. Klein-Szanto, V. H. Haase, and H. Nakagawa. “Hypoxia activates the cyclooxygenase-2-prostaglandin E synthase axis.” Carcinogenesis.U.S. National Library of Medicine, Mar. 2010. Web. 26 July 2017.
Brody, Jane E. “A Host of Ills When Iron’s Out of Balance.” The New York Times. The New York Times, 13 Aug. 2012. Web. 26 July 2017.
Share this on: