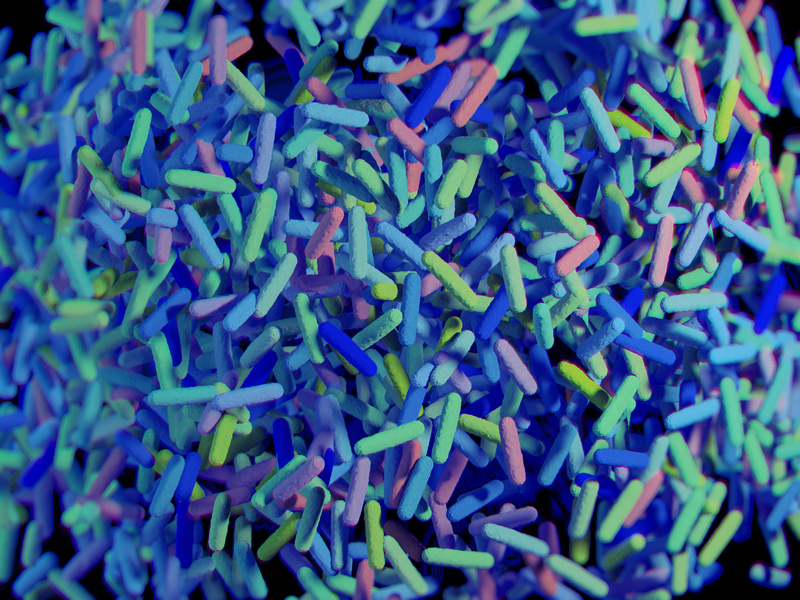 The gut barrier is meant to keep bacteria from our food from crossing into our bloodstream. Histamine, an inflammatory mediator released by mast cells that make up part of the immune system, and also contained in foods,  can compromise this barrier, causing intestinal permeability (also known as leaky gut). Foods and bacteria migrating from the stomach to the blood stream are believed to trigger allergies and intolerances, and according to some studies, may contribute to autoimmune symptoms.  Probiotics and prebiotic fiber, as well as other mast cell related treatments may be helpful. A properly working intestinal (gut) barrier protects the body as a whole from invasion by microganisms and toxins we ingest daily. But shut down that barrier too tightly and we may have problems absorbing nutrients and fluids essential to our survival. Overdosing on nutrients, medications and supplements can all affect this delicate balance, leading to inflammatory bowel, celiac, food allergy, as well as obesity and metabolic diseases (of which diabetes is one). Intestinal permeability/leaky gut is linked to symptoms relating to: A small sample study on 21 patients with self-reported food allergy and intolerance on an allergen-free diet. Intestinal permeability was diagnosed by a standard test involving the ingestion of a sugar preparation (Lactulose/Mannitol) and their urinary excretion. They found that those with the most severe symptoms had a higher Intestinal Permeability Index. Some interesting research on co-infections showed that malaria triggered gut “mastocytosis” (which is a mast cell related disorder) and histamine levels temporarily caused gut permeability and the movement of bacteria in an animal model. They were able to to prevent this by using antihistamines. You can read more about my experiences here and how junk food and emulsifiers found even in organic foods can trigger it here. Serotonin and histamine act as pro-inflammatory mediators, causing enough permeability to allow the flow of needed nutrients, but not so much that the nasty stuff escapes. Did you know that maintaining the gut barrier takes up around fourty percent of the body’s energy? That might be why relieving the body of the strain of digestion by fasting, or in my case, a fasting mimicking diet, has been really helpful in managing all my symptoms, but especially anything relating to my tummy. In my case I managed to heal my stomach just through diet and a few carefully chosen supplements (but not probiotics), but we are all different and will need a number of approaches to get the job done. Probiotics have been found to be helpful, but it’s important to get the right strain. I refer to my friends over at OptiBac Probitoics for an explanation on why the strain is so important:

“‘Bacteria’ or ‘Yeast’ is a kingdom of organisms, in the same way that humans belong to the ‘Animal’ kingdom. The bacteria can then be separated out into different groups based on similar characteristics, with increasing detail down through the phylum, class, order and family, until the genus level is reached e.g. lactobacillus. Within the genus level is the species level e.g. acidophilus (for humans the equivalent would be Homo sapiens).