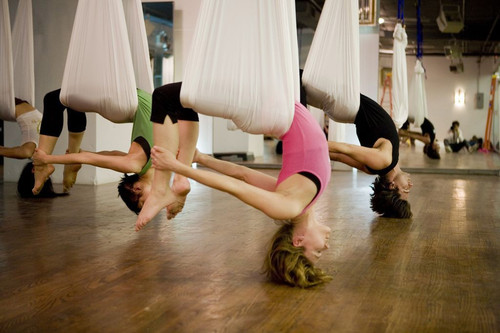 Adding anti-inflammatory foods to your fight against histamine-induced inflammation? Why stop at food? Check out this Huffington Post article on yoga’s role in reducing inflammation.

The researchers found that the caregivers who participated in the yoga practice experienced a change in the response of 68 genes, leading to the decrease in inflammation. Inflammation has been linked with health problems like heart disease, depression, rheumatoid arthritis and diabetes, Scientific American reported. Read the Huffington Post article here.

Here’s another study that I posted a while back:

Importantly, even though novices and experts did not differ on key dimensions, including age, abdominal adiposity, and cardiorespiratory fitness, novices’ serum interleukin (IL)-6 levels were 41% higher than those of experts across sessions, and the odds of a novice having detectable C-reactive protein (CRP) were 4.75 times as high as that of an expert. Differences in stress responses between experts and novices provided one plausible mechanism for their divergent serum IL-6 data; experts produced less lipopolysaccharide-stimulated IL-6 in response to the stressor than novices, and IL-6 promotes CRP production. The ability to minimize inflammatory responses to stressful encounters influences the burden that stressors place on an individual. If yoga dampens or limits stress-related changes, then regular practice could have substantial health benefits. Read the full study here.

How are you fighting histamine/mastocytosis/MCAD/MCAS induced inflammation?
Share this on: