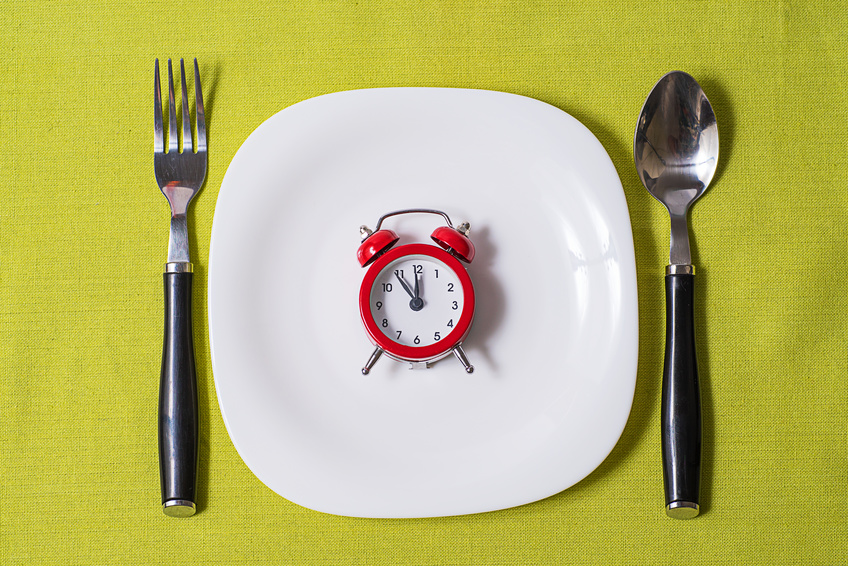 A study published by British journal Nutrition & Metabolism found that an inflammatory hypersensitivity cascade involving mast cells, histamine and other inflammatory agents, could be prevented by restricting food for just 24 hours (in an animal model). The study demonstrated that food deprivation stopped local (sneezing, eyes watering, rash for example) and systemic (anaphylaxis), hypersensitivity symptoms. Symptom severity correlated with fasting time: the longer the fasting, the less hypersensitivity symptoms and mast cell release of inflammatory mediators like histamine. While the fasting helped with allergy-like symptoms, it did not lower overall IgE levels (an allergy marker). The study authors believe that symptoms were instead relieved by fasting’s prevention of mast cell released histamine, thereby exerting an antihistamine effect.

FASTING HAS BEEN AROUND FOREVER (LITERALLY)

From our hunter gatherer ancestors experiencing small bouts of starvation in between hunts or while searching for safe plant foods, to religious restriction, fasting has long been a part of human evolution. Calorie restriction has been studied for decades, and been shown to reverse chronic disease and extend lifespan. My interview with Valter Longo, head of the University of Southern California Longevity Institute, revealed that his diet which mimics fasting, by lowering, but not completely eliminating calories, can flush out up to 40% of faulty immune cells. This includes mast cells, which are supposed to keep histamine out of our bloodstream till needed for healing. It’s when damaged or trigger happy mast cells keep releasing histamine and other inflammation when not needed, that the problems begin.

FASTING MUST BE BAD FOR THE HISTAMINE DEGRADING ENZYMES?

There’s surprisingly few studies on this. The best we have shows that fasting does not impact the histamine degrading diamine oxidase (DAO) enzyme. Chronic fasting is a bad choice for many reasons, chief among them being that we will end up deficient in valuable nutrients. In order for DAO to properly function we require magnesium, copper, B6 and a number of others. Constant fasting isn’t going to help us keep these levels up.

There’s a fine line between anorexia and fasting, and a thinner line between elimination diets and orthorexia (a type of anorexia where clean eating is fetishised). I’ve found that keeping to a lower calorie count, either through ingesting less food, or exercising, is beneficial. Also wonderful is simply restricting feeding times. For example, keeping feeding times to an 8-12 hour window. Slowly lengthening the non-eating window is preferable to suddenly not eating for 18 hours a day. I closely monitor my weight and take care not to be out of my set healthy range for more than five days. I do this by re-feeding with healthy fats and a little bit of salmon. If I’ve made a boo boo, like eating nearly an entire raw vegan birthday cake by myself (it’s been known to happen…) low calorie is definitely one of my strategies. I recently put together my 7 day vegan ultra low histamine plan that’s perfect for the occasional reset. It’s part of my 28 day Histamine Reset program that gives you four weeks of meal plans, plus the vegan, plus an extra 7 day low salicylate plan. Why low salicylate? Because like histamine, we have a maximum amount of salicylic acid the body can handle. I don’t necessarily believe that people have a life long sals issue. It’s more likely that as inflammation resolves, so will the salicylate and histamine issue get better. It’s a matter of keeping on top of the inflammation bucket and making sure we put enough healing foods in there, combined with stress relief, meditation and meal planning, to prevent it from spilling over. That’s what the Histamine Reset is all about. ——- REFERENCES ——-
Nakamura, S, et al. “Fasting mitigates immediate hypersensitivity: a pivotal role of endogenous D-Beta-Hydroxybutyrate.” Nutrition & metabolism., U.S. National Library of Medicine, 28 Aug. 2014, www.ncbi.nlm.nih.gov/pubmed/25302070.
“Fasting’s effect on diamine oxidase (DAO) & histamine intolerance.” Healing Histamine, 28 Nov. 2017, healinghistamine.com/fastings-effect-on-diamine-oxidase-dao-histamine-intolerance/.
“Fasting mimicking diet for mast cells and histamine – the results.” Healing Histamine, 7 Sept. 2017, healinghistamine.com/fasting-mimicking-diet-for-mast-cells-and-histamine/.
“Interview: Fasting Mimicking Diets for Mast Cell Activation & Allergies.” Healing Histamine, 6 Sept. 2017, healinghistamine.com/interview-fasting-mimicking-diets-for-mast-cell-activation-allergies.
Share this on: