Without getting too technical, this herb, Coleus Forskohlii, elevates cAMP levels in the blood. The most significant physiological effect of which is inhibition of mast cell degranulation and histamine release.

Not only that, but also relevant to those of us with histamine disorders (histamine intolerance, mast cell activation, mastocytosis), is the increase in thyroid function. I’ve had enough online encounters with others in my weird little boat to know that most of us have a crapped out ‘roid. That could (partially) explain this herbs potent weight loss action? Dr. Oz, best known, to me, as the man who “discovered” nutritional guru Dr. Fuhrman, featured coleus forskohlii in his “belly blaster in a bottle series” on his immensely popular tv show recently. Watch the show here. Now, I’m not endorsing the use of this herb, but I am going to post a link to the brand that appears to be the cleanest – only because I get flooded with emails asking where the herbs I post about can be found. 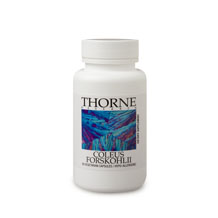