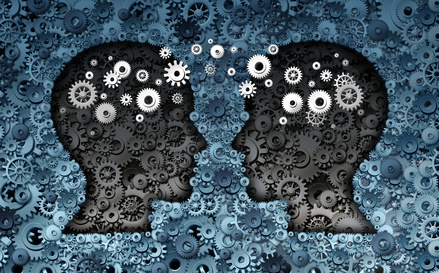 Did you know that the amygdala is responsible, through processing taste, for “learning taste aversion”. Put simply, it learns through trial and error that certain foods make us sick. Knowing that, it’s going to want to warn us before the food goes into the mouth (i.e. by reacting to a scent beforehand), which may be why so many with mast cell and histamine issues react to even the smell of a food.

So, let’s have a hypothetical: you eat something, anything, or many things, one day when you’re not feeling too well. You’re already feeling sick, and so adding food to the equation really just totally turns your stomach. Your amygdala now deems this/these food/s to be dangerous.

Thankfully the science is catching up. A study published in Explore : the journal of science and healing, found that in those with chronic fatigue and fibromyalgia, amygdala retraining can help restore the body to its natural (non-reactive) state through de-conditioning (unlearning) the amygdala driven fear response.

Don’t get me wrong: we’re dealing with very real symptoms and sickness, but in my case turning the brain into my ally in the fight against histamine induced inflammation was a turning point.

On my first meditation retreat I ate pretty much everything in the organic vegan buffet, savouring flavours I’d so desperately missed for years, but never dared hope I would again. Don’t get me wrong – I wasn’t eating junk – but rather healthy whole foods with significant anti-inflammatory benefits. Though a little tofu did somehow sneak its way onto my plate.

But, in my case, stress was one of my biggest triggers.

After that retreat I was more convinced then ever that retraining my brain was the key.

Though people had tried to convince me of it for years, I clung to the warrior female version of myself where working as a journalist in war zones didn’t destroy me mentally and physically. In later years, when debilitating mast cell activated inflammation took hold of me, I was once again dismissive of stress.

I mean, wouldn’t you be stressed if you couldn’t get out of bed to go to work?

Or live a life free of hives, dizziness, anxiety regarding your health.

How would YOU feel, I’d tell people, if you had to spend every waking moment on the internet researching symptoms and self-diagnosing because every single person in your life thinks you’re just a hypochondriac?

But once I actually took it on board and found the science behind it – stress hormones activate mast cells, prompting them to dump histamine and other inflammation into the blood stream – I realised I needed to get it under control, because I was unwilling to continue pretending I was actually living when really I felt like I was dying inside.

But when I was finally ready to listen to my intuition on the role of stress in my disease, the research wasn’t quite there to support it. Thankfully it is now.

Stress hormones cause histamine release by triggering mast cells into breaking open and spilling it, as well as other inflammatory molecules like prostaglandins and interleukins, into the blood stream. In some, stress accompanies very real threats to the health – a car accident, a surgery, a viral or bacterial infection, but in some like myself, that stress response is permanently activated, spewing out inflammation when it’s not needed, overwhelming the body which just can’t get rid of it fast enough, or lacks the resources to do so.

Dr. Milner, a mast cell specialist, in a speech at a Dystonaumia Society conference in 2015, discussed how many of his patients came down with their initial symptoms after a life-altering trauma. Many, if not all, the histamine intolerant/mast cell activation folks I’ve spoken with have experienced something similar.  A car crash or loss of a beloved or family member for example.

But beyond the initial trauma or chronic stress/anxiety response, I found that previous negative experiences with food had left me with scars that continued to affect how my body reacted to it.

While I was surely far healthier than ever before and many symptoms had resolved, I was fearful of food and how it would affect me. It had a huge psychological impact on me not knowing if a banana was going to make me too dizzy to drive to the airport that day, or if that piece of raw organic cacao was going to keep me up all night before an important meeting, or if half a cup of gluten free flour was going to bloat me so severely I wouldn’t be able to wear any of my jeans that day.

Finally I understood, thanks to an increasing number of studies on brain conditioning, that just as a positive response to a placebo medicine can be elicited through conditioning the immune system to behave in a certain way, the reverse is also true.

If, when the body is truly in a woeful state, and the mind isn’t helping, we react negatively to foods, medications or supplements, eventually the immune system may learn this is the norm. I realised that my beliefs regarding a medication and what horrible things it would do to me where actually affecting me, and I was quoted in a news article about the subject on US World News and Report regarding my experience.

Training my brain for health and happiness turned out to be the best thing I’ve ever done.

Understanding that meditation switches off genes specifically linked to mast cell activation really drove me to give the practice my all – but I had to wade through a lot of programs to find what worked.

Cognitive hypnosis was amazing, but once again, I wasted so much money and hope on many that didn’t do a thing for me.

Visualisation was my greatest tool in convincing my body to accept bath and beauty products and to calm tinnitus so loud that I couldn’t hear myself think over it – but, I tried so many systems that didn’t work.

We are all different it’s true – which is why I put together a workshop that brings together the best systems I’ve tried, as well as sharing the strategies I used, for free, at home, so that you can decide what works best for you.

Marchant, Jo. Cure: A Journey into the Science of Mind over Body. Print.