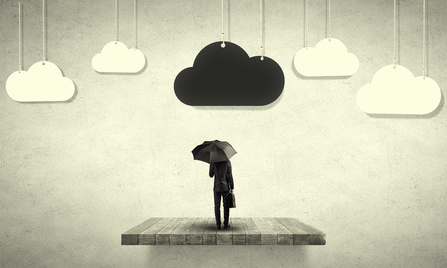 A UK based researcher’s findings back up other recent discoveries in depression, which is the idea that for the one-third of patients for whom anti-depressants don’t work, inflammation is the likely root cause. In my case, I was medicated for over a decade with pharmaceuticals that made me sicker. I was declared bipolar and lost all hope of recovery, till finding the diet that saved my sanity and revealed there to be absolutely nothing wrong with me mentally.  Please do not stop taking any medications without speaking to your doctor. Two-thirds of mental health patients respond to medications for depression. I just wasn’t one of them.  A consortium of researchers in England has found a strong association between inflammation and depression. Inflammation is the body’s natural healing response, but it can be inappropriately triggered by stress and made worse by an unhealthy lifestyle and diet. Research also links children exposed to many infections in early life, and those who’ve suffered trauma, to immune system dysfunction. In later life, the immune system correlates stress with the need for it to kick into high gear, chronically. Our immune system basically over reacts chronically. This inflammation then triggers depression. The Sickness Response is an evolutionary programming that is believed to cause depression to keep us from spreading disease through contact with others, and tiredness so that we’re still and allow the body to heal without taxing it. Unfortunately, sometimes the sickness response signal remains activated because of vagus nerve issues. Read more about the vagus nerve and sickness response in my interview with Harvard and Tufts neuroscientist Dr. Michael VanElZakker here. It’s been observed in a number of studies that people treated with medications that trigger inflammation (interferon for example), also develop depression during treatment. And that patients with arthritis treated with anti-inflammatories experience a remission in depression. Scientists are now planning to start medical trials on antidepressant non-responders, to try and alleviate their depression. The turnaround for me was gradual. It began modestly, with the resolution of the shaking and anxiety that had financially and mentally crippled me. At it’s worst, I was having agoraphobic attacks when trying to leave the house. At it’s best, I was having attacks so bad they sent the room spinning around me as I clutched my chair to prevent a fall. Not really helpful when starting your career as an intern at 60 Minutes. I used to mope around, unwilling to see friends or family, even to pick up the phone once every few months when called. The two-dimensional grey world that had enveloped me since childhood slowly faded as if a veil was being slowly lifted from my eyes. At its most extreme, I had become paranoid that people were talking about me, saying the most awful things. Now I was tuned into the brilliance of the people around me, ready to engage with the land of the living. The changes that made the most immediate difference were cutting processed foods high in histamine, then no longer frying the healthy foods that weren’t. More on how you cook your food affects histamine and inflammation here. The high histamine foods that were healthy were more challenging. I loved them, probably because they initially gave me an incredible energy boost, but I realised they needed to go for just a little bit. Sadly I left them for too long and cut too many of them. Soon my immune system refused them, and I withered away, lacking the nutrients needed to properly run my body, and then to an eventual increase in histamine inflammation, despite eating only low histamine foods. Depression is my life partner. My shadow. Always waiting for an opportunity to worm his way back in. Keeping him at bay requires a consistency of diet, determination to not slide into the abyss again, and love for myself, to lessen his icy grip on my heart. I’m happy to say I have not been depressed since changing my diet and lifestyle, even while in the grip of my life’s biggest challenge. Please don’t hesitate to take medication or speak with a psychotherapist. Healing from depression requires a combination of approaches.

——–REFERENCES——– “Depression, a disease of the mind? Actually, our immune system could be the culprit.” Spectator Health, 19 May 2017, health.spectator.co.uk/depression-a-disease-of-the-mind-actually-our-immune-system-could-be-the-culprit/. Accessed 14 Sept. 2017.
Share this on: