10 histamine (non food) triggers (and how I deal with them)

My histamine-challenged friends and I have long debated what it is about flying that makes us severely ill. Ok, the very obvious things like being sprayed with pesticide or whatever the hell that is they drench us with on flights to the states is (I mean we smell maybe?) not what we’re talking about. There’s something about flying that used to make my friend the Reluctant Raw Foodist pass out. Now we know – something about the change in pressure and vibration causes mast cells to degranulate, releasing histamine into the body. I can attest to the vibration thing in particular. I had a free session on one of those vibra-exercise plate things. Aside from knocking my spine out of joint I could actually feel the histamine fizzing in my brain.

The airline coping strategy is: no food for the hours before getting on the plane. If it’s long haul I’ll eat some dehydrated fruits and drink a ton of water. Because as you may already know, dehydration is a mega-trigger! I bring an eye mask, ear plugs or a nice relaxing meditation tape. On Asian flights I would chant. This doesn’t go over too well in the rest of the world. People have no sense of humour/the absurd and you’d be surprised how many can’t tell the difference between a Buddhist mantra and a jihadi war cry.

One word for you. Layers. I wear many many layers of thermal and fuzzy sweater type things. I wear two hats, thermal tights, and I wrap a pashmina around my face. If a balaclava didn’t simultaneously muss my lipstick and alienate my man, you can bet it would be part of my funky winter wonderland get up. Other than that I use the pocket warmer thingies in my shoes and my jacket. Most importantly? I plan my routes so I’m not outside for too long and make sure I schedule meetings with clients somewhere warm with great access to transportation.

This one kills me. Or rather, I’ve given up some stuff that I love, so it doesn’t kill me. My post here covers how exercise causes mast cell degranulation/histamine release. Basically, I don’t do as much kickboxing or play much squash anymore. At least now I know why my twice weekly two hour martial arts sessions used to leave me projectile vomiting a few hours later. I’ve had more than one trainer (ok two!) refuse to work with me because of almost passing out on a treadmill and my bizarro heart rate (despite obviously being in good shape). Nowadays I do ashtanga yoga, in a well ventilated studio.

Are a killer! Oh my goodness. I tried the magnesium bath salts that everyone raves about but I just couldn’t tolerate the hot/warm water. I now use a magnesium spray that I buy at Planet Organic. For me the added chlorine and product residue from my man makes baths unfeasible…I did however have the most incredible bath in Bali – no chemicals in the water, and it was so warm I just threw open the windows and drew a lukewarm bath. Bliss.

Meditation meditation meditation. Really, It’s a cliche because it works – for everyone. I have a mantra that I repeat silently. I’ve also spent the last few years working on a meditation move that brings me back to my state of bliss, just by bringing my thumb to middle finger and breathing for five counts. It takes a while to form that association but it’s totally worth it. You can find a ton of those meditations online.

I absolutely refuse to do any meds for anxiety or depression. I am not either of those but I do suffer occasional flare ups thanks to mast cell brain/histamine’s effect on neurotransmitters. Nowadays when I’m feeling blue I just look to my diet to see what’s up. 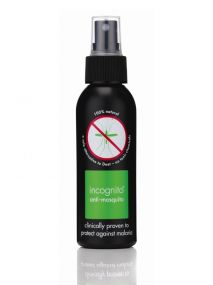 Don’t go playing with hornets nests. You think that would be a given, but my crazy neighbour in Beirut decided to try and dislodge the peaceful hive outside our building, causing the most aggressive response since the Lebanese-Israeli war of 2006! They swooped in all abuzz, and I ended up stepping on one. I think I was lucky that it was my foot. The venom had to work it’s way through layers of hard skin before getting to my bloodstream. None the less my blood felt like it was draining out from my body through my feet and I lost control of my limbs. It was terrifying.

Hornets aside, I’ve found that mosquito bites can be a nightmare. The cure though is worse than the poison – DEET makes me pass out! I’ve found a great new spray at my favourite beauty store on earth. This stuff is basically citronella (and a few others). I spray it on my clothes and a sarong which I then wrap around my legs when traveling. I also bring citronella sticks to burn. It’s an absolute necessity as I’m too freaked out to get any shots or take malaria pills.

No one wants to listen when I first bring up the role of cosmetics and bath products in histamine disorders. But I’ve seen time and time again how hair stops falling out, skin complaints magically disappear, and brain fog lifts, by making some small adjustments to beauty routine. Ok, let’s be honest – they’re not that small. I now consider them small in relation to how much relief I’ve experienced. I noticed that nail polish is listed as a trigger – yes I know that one! That’s why I only use water based, no perfumed, organic polish. The key is WATER based – any other brand that claims to be organic or whatever, is still bad for histamine issues. I’ll be getting a lot more specific regarding make up in my upcoming beauty book (sign up to the mailing list for more info).

It’s in sodas, medications (including antihistamines) and in your lipstick. Too bad it gives me a histamine migraine! Just another reason pick over each and every label with a fine toothed comb. It’s a pain in the buttocks to start with but you eventually get into the swing of things and it becomes second nature.

“Carrageenan induced inflammation-protocol” is a phrase that keeps coming up in my histamine research. Why is this relevant? Carrageenan, also known as Irish Moss, is a common food additive considered to be natural and healthy and even touted as an anti-inflammatory on natural health sites. It’s often used in raw food dessert recipes. But a quick Google search turns up thousands of studies where anti-inflammatory medicines and compounds are tested on “carrageenan induced-inflammation” or “edema” – it’s actually used to cause pain and inflammation in animals (poor things). I’ve also found a number mentioning mast cell degranulation which makes a lot of sense. These are all obviously terms those of us with histamine related disorders don’t want to hear associated with our food.Ouch. I used Irish Moss for years and this explains a lot…

You’ll find carrageenan/irish moss in pretty much anything tasty on the supermarket shelf as well as toothpaste, shampoo, medicines, and many more. Read my full blog post about it here.

You may ask, why is a mastocytosis trigger list relevant to you, who are only dealing with histamine intolerance? Well, I believe they’re all related. Histamine intolerance (I think it’s a crime to call it that) is diagnosed as high histamine with low diamine oxidase. Mastocytosis (simplified) is unstable mast cells releasing their precious cargo (histamine) into the body. This is a really oversimplified explanation. But you can see how these two are related. One way or the other, we’re dealing with too much histamine, or an inability to clear it out of the body.